How many Clarkies does it take to reduce the university’s carbon footprint?

Just one. Just you. 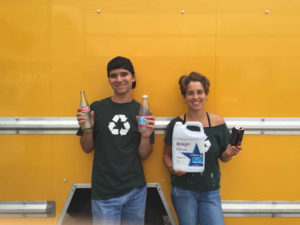 Rethink, Recycle and Reuse. Re-think how you buy stuff. Can you choose less packaging? Bring your own bag? Refill a container? Reduce what you use, reuse what you can. And recycle because:

Recycling is more than putting things in the right bin. It is tied to the market. In order for recycling to have an impact on reducing the waste of scarce resources, recyclable materials must be included in manufacturing. Consumers – that’s you – have to purchase goods with recycled content. 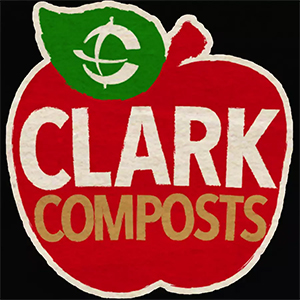 Clark began composting food waste in the Higgins Cafeteria in 2007 after nearly two years of research and proposals from a dedicated student team. A few years later, the Cafeteria began to compost paper, and a few years after that, the Bistro switched to compostable containers and service ware. In Fall 2013, the student club Clark Composts! was successful in convincing Clark to allow composting in all residential halls, with infrastructure funding provided through the Student Sustainability Fund. Custodial Services and the Recycling Crew provided the logistics of daily pick up. By 2016 in addition to the residential hall compost bins, the University Center , the Academic Commons, and the Bickman Fitness Center (paper towels are compost) were collecting compost!  Many academic and administrative departments began self-serve composting, too. Unfortunately due to circumstances beyond the University’s control and our contracted service provider, Clark reduced its extensive and award-winning compost initiative to the Higgins Cafeteria and Clark Dining Services. We hope to rise again when the market allows!

Diversion of organic materials—aka composting—makes environmental sense. Organic material such as food and paper waste decomposing in landfills releases greenhouse gasses and leachate, water that is toxic after percolating through the landfill. Incineration releases greenhouse gasses and harmful ash. Besides, its a waste of good, organic material that can be put to much better use. Composting provides an environmentally sound alternative that turns organic waste into humus that can be used to improve soil quality. Farmers have known this for thousands of years. “If it was ever alive, you can compost it”!

The Department Guide to Compost Planning  will help independent efforts in Clark’s Academic and Administrative offices get off the ground. 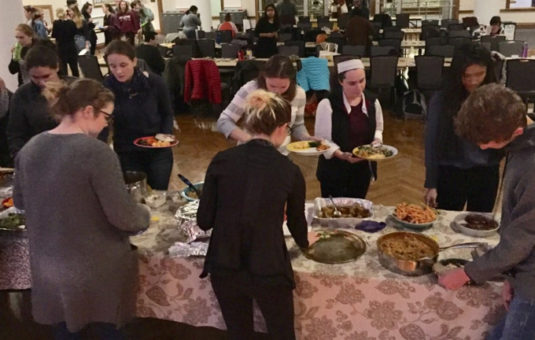 It’s possible to have a near-Zero Waste Event at Clark because we can recycle so many different materials. We can’t compost right now unless you ask Dining Services to help out, though!