Our Campus and Location

Our location AT A GLANCE

Restaurants Within 6 Blocks of Campus

Colleges and Universities in Worcester 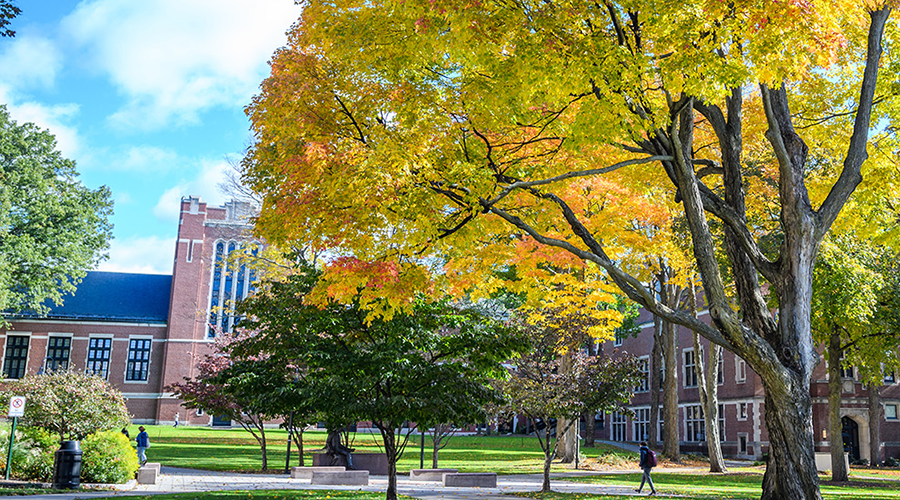 Clark University and Worcester: the Heart of New England

Clark University’s 72-acre, tree-filled campus is located in Worcester, Massachusetts, known as “the Heart of New England.” Our location in the center of the state makes us easily accessible from just about any point in New England, including Boston (one hour), Providence (45 minutes), and Portland, Maine (two hours). We’re also an easy 3-1/2-hour drive from New York City. 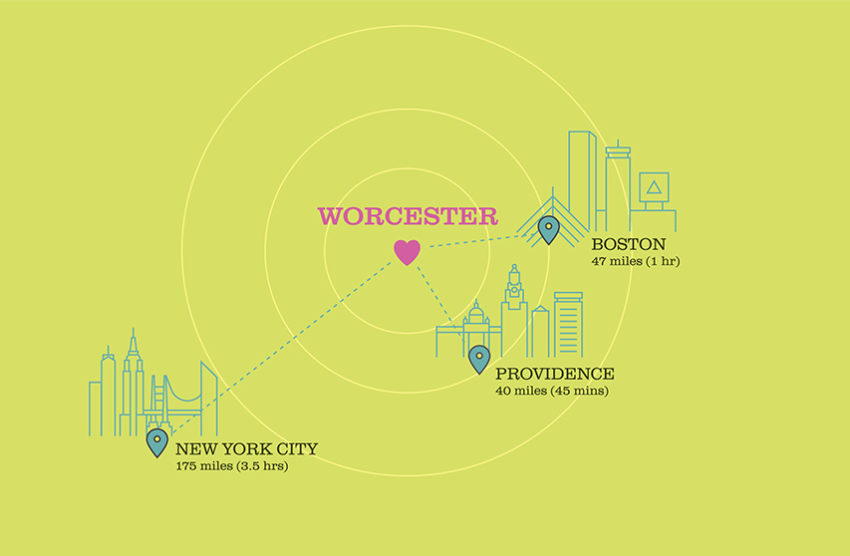 An Ideal Place to Build Connections

Our students benefit from Worcester’s proximity to Boston, Providence, even New York — and the abundant opportunities for entertainment, internships, and careers within our home city and beyond. 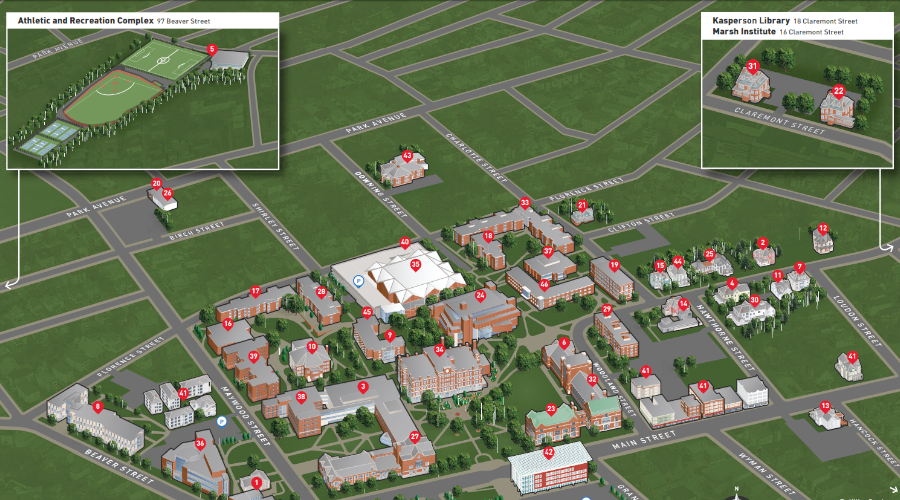 Navigate your way around Clark University with our campus map. Getting from A to B, or even Z, is easy. 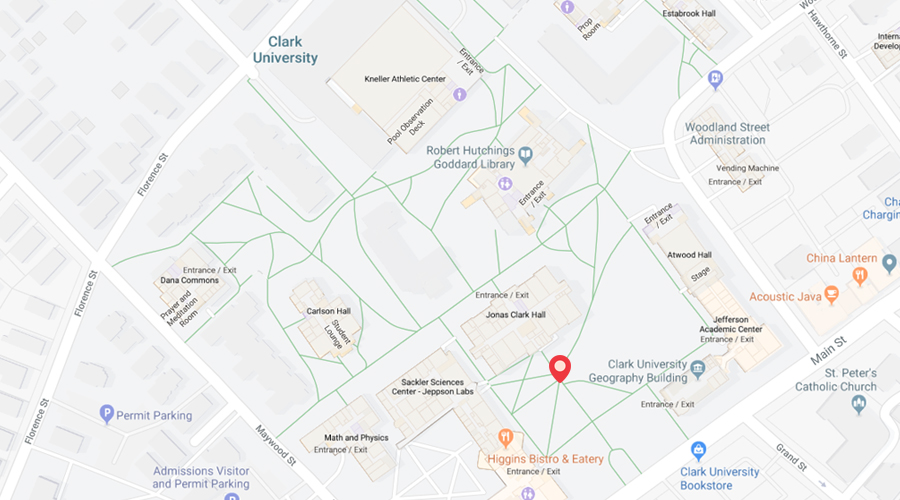 All roads eventually lead to Clark University. Find your most direct route here with Google’s help.

Visitors driving to Clark will find several convenient areas to park while on campus. Parking permits are available from both the Undergraduate and Graduate Admissions offices. All cars parked in Clark University Parking Areas (see Printable Campus Map) must display this permit. Some on-street parking is permitted, but please check street signs carefully for restrictions.

Please pick up a permit at:

Please pick up a permit at:

Parking is available in the outdoor lots on Woodland Street or Charlotte Street, or on the top level of the parking garage (#39 on the Campus Map), enter and exit on Downing Street only.

Additionally, there is significant on-street parking in the area.

If you are not an Admissions Office visitor, please contact the office or academic department you are planning to visit to find out where you should park and obtain a permit.

You have two main options for traveling via air:

Other airports include Providence, R.I., Manchester, N.H., and Hartford, Conn., but getting to Clark from these locations is often more complicated than from the Boston or Worcester airports.

Getting to Clark from Boston: The cheap but indirect route

Take a train or bus to Union Station in downtown Worcester, where you will need to take a taxi or ride-hailing service to get to Clark.

Getting to Clark from Boston: The direct but slightly more costly route

Use a shared van/limousine service like  Knights Limousine Service, to pick you up at Boston airport and bring you directly to campus. Many students use this option.

Be sure to make reservations early and allow for travel time. The trip from Boston to Worcester can take more than an hour at peak travel times. This option is cheaper if you travel with a group.

Worcester’s Union Station is approximately three miles from campus. It’s serviced by Amtrak’s Lake Shore Limited and Regional Lines, and the MBTA Commuter Rail from Boston. The best way to get to Clark from Union Station is by taxi or ride-hailing service (information below). For train schedules and fares contact:

Worcester’s Union Station is serviced by Greyhound and Peter Pan. The best way to get to Clark from Union Station is by taxi (information below). For bus schedules and fares from Boston, New York and Washington, D.C. contact:

A taxi or ride-hailing service can bring you to Clark from Union Station (Worcester’s bus and train station):

Where to Stay in Worcester

Below are nearby hotels recommended for families traveling to Clark for Undergraduate Admissions visits:

For additional questions about traveling to Clark, please email admissions@clarku.edu. 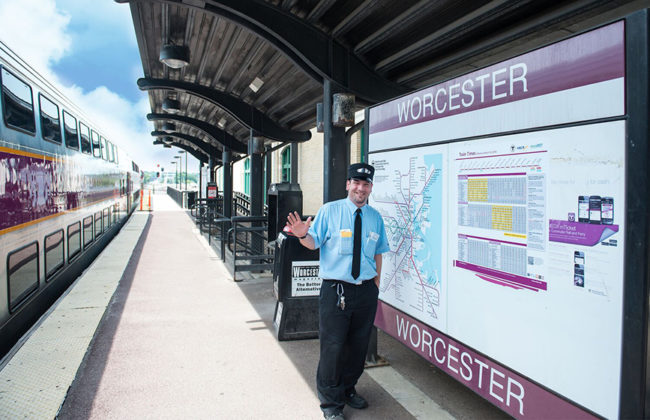 How can you travel to Clark University? Worcester’s transportation options have you covered by road, rail, and air. Direct flights via JetBlue, American Airlines, and Delta connect you to U.S. and international cities. Trains

Our Campus, Our Community 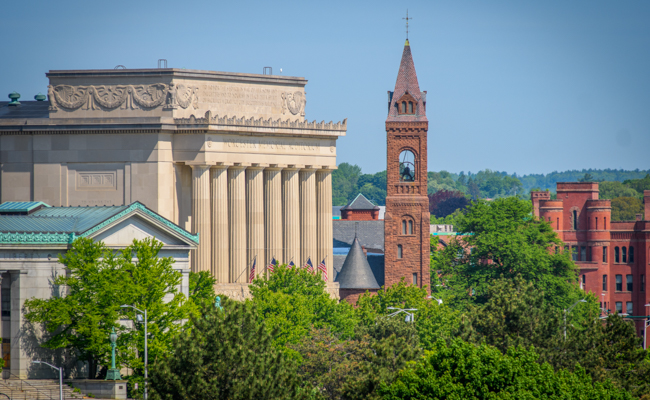 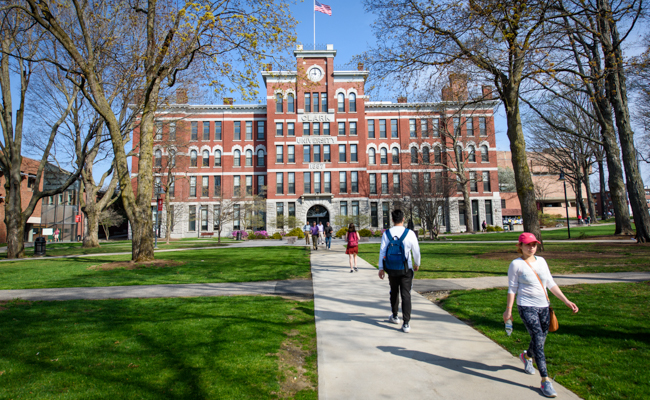 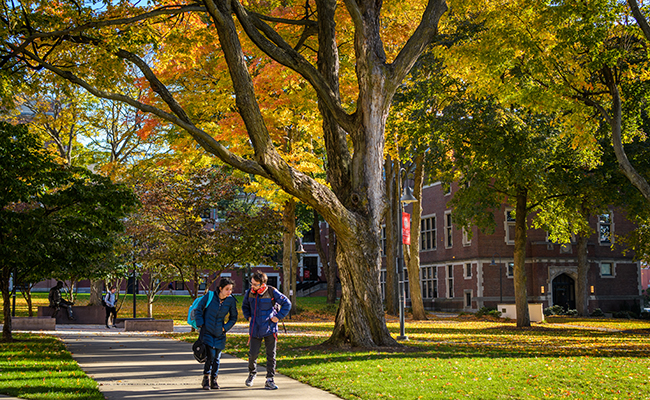 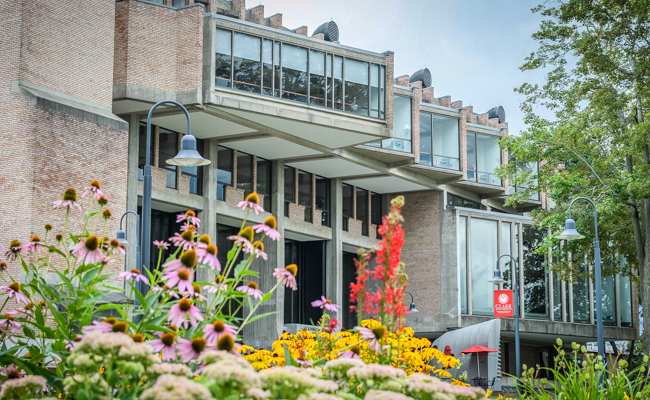 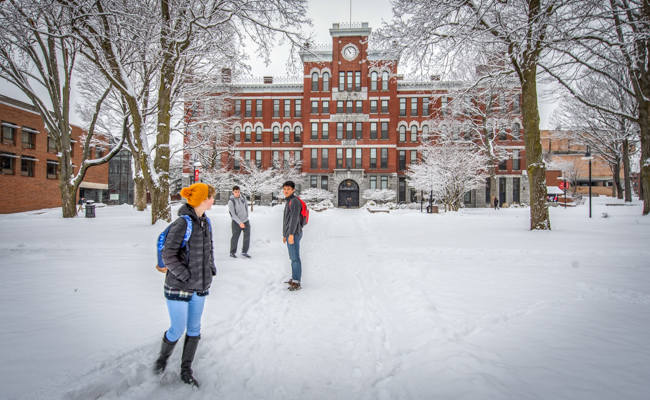 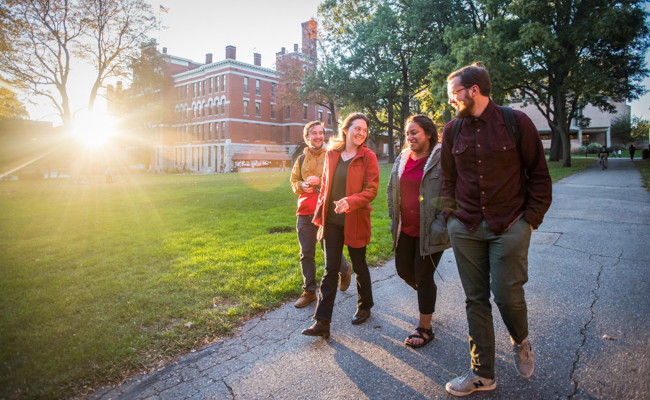 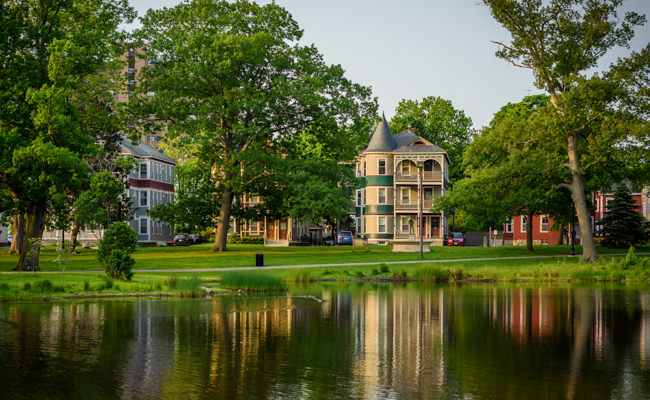 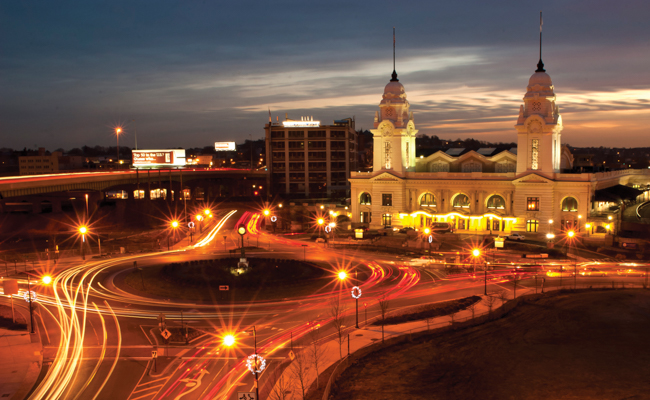 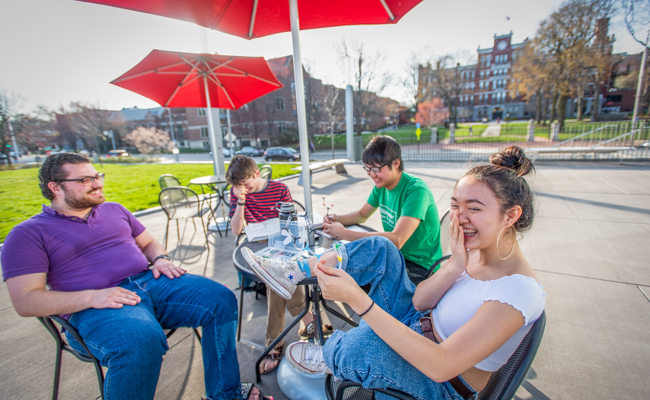 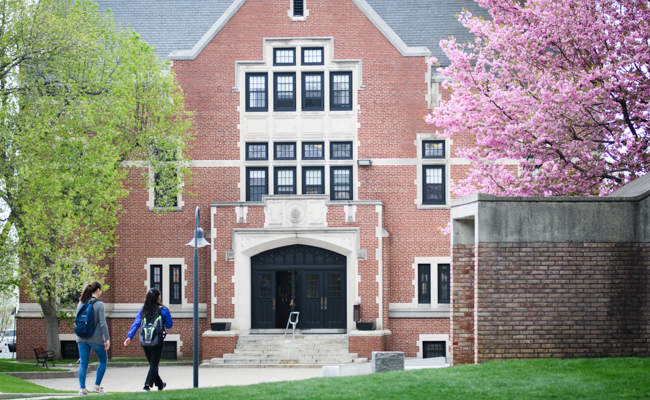 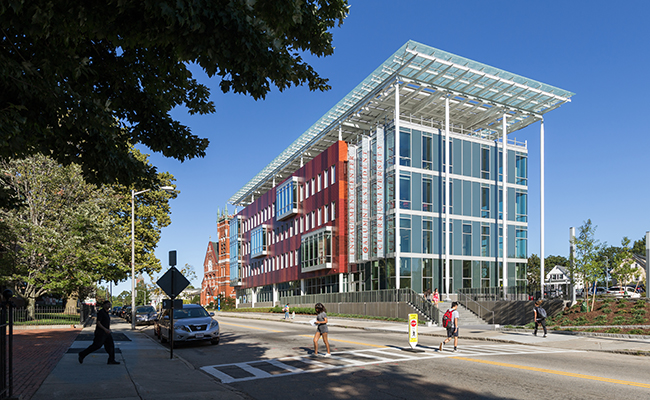 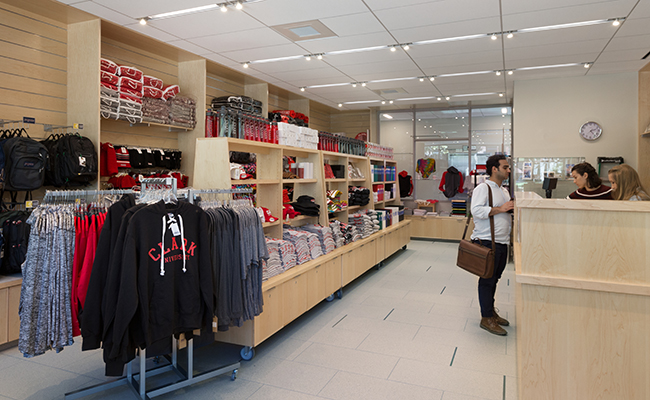 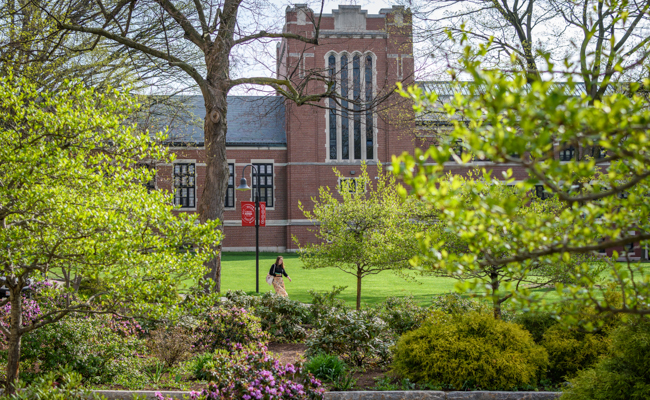 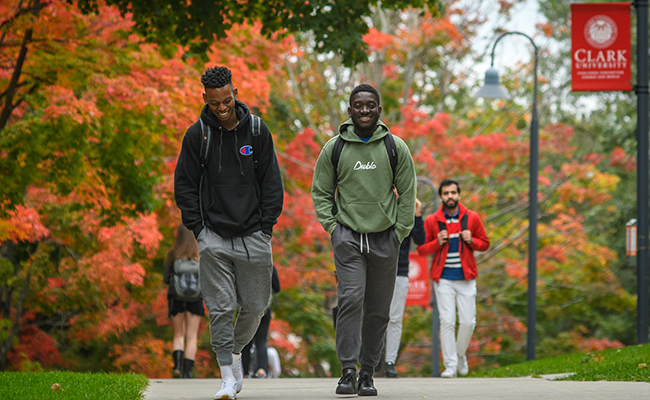 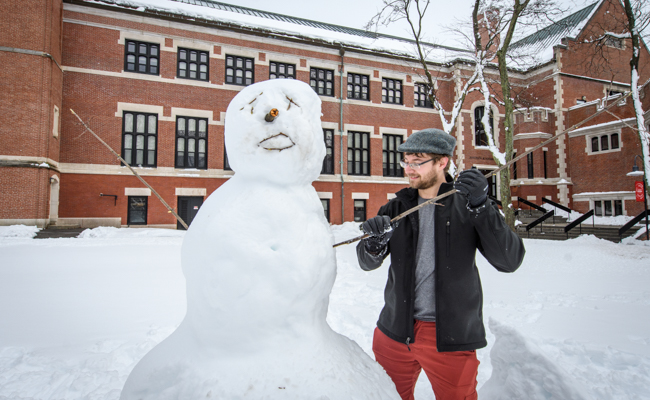 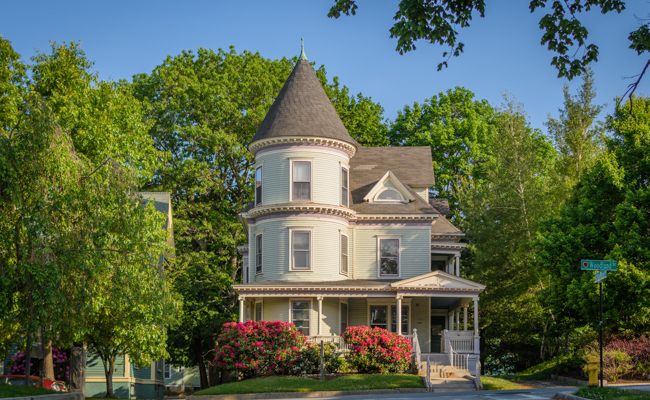 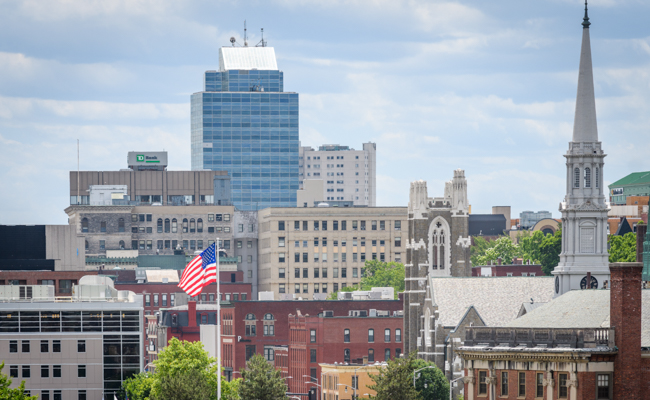 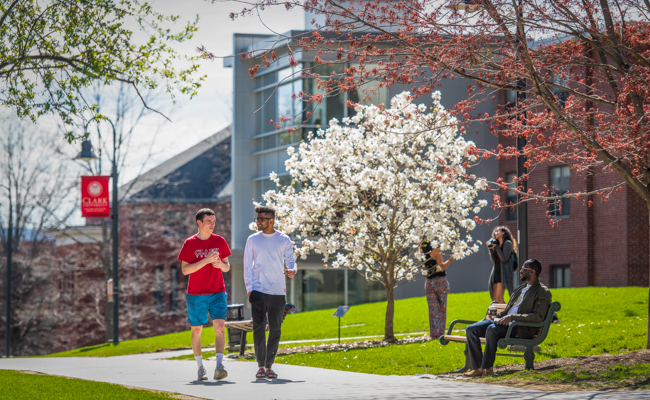 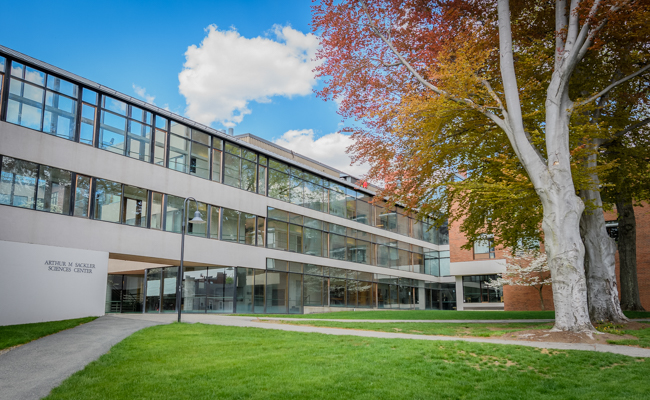 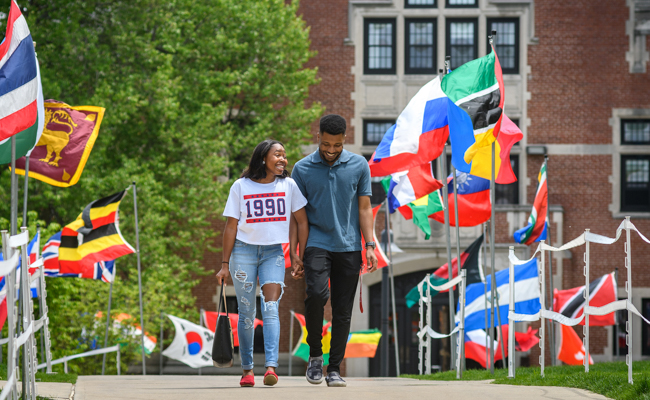 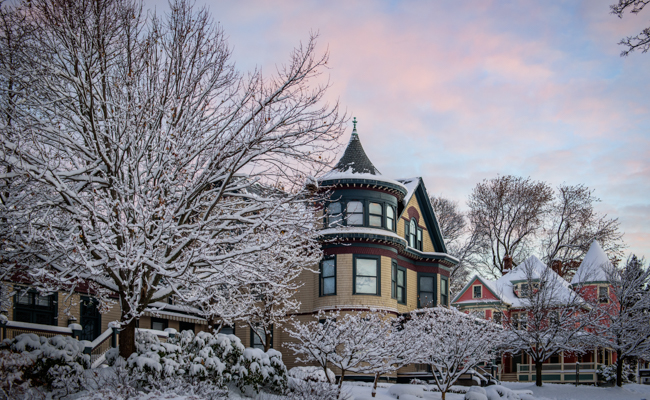 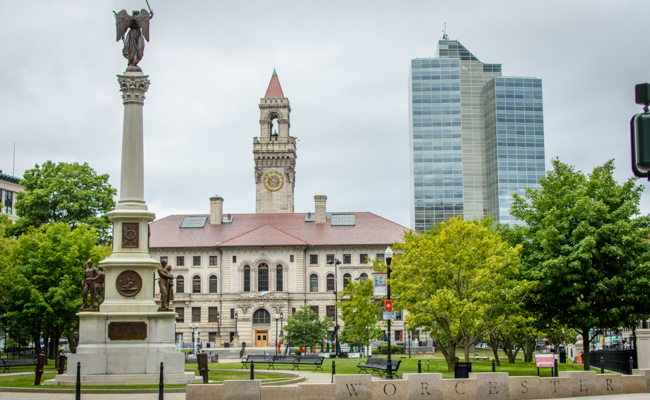 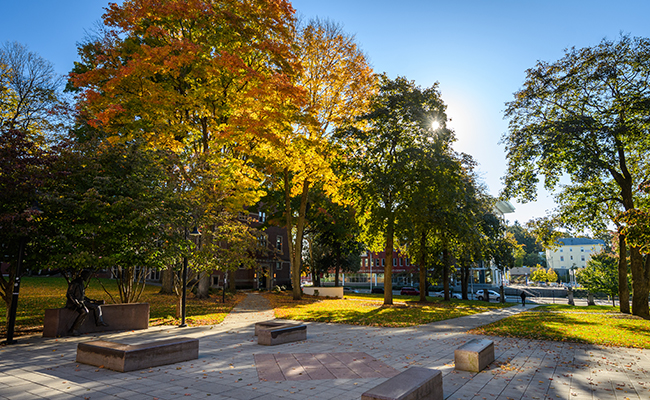 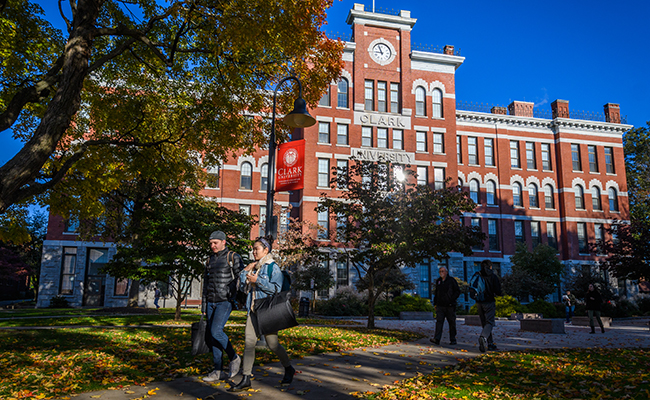