From Clark to the Moon

On July 20, 1969, U.S. astronauts Neil Armstrong and Buzz Aldrin climbed down out of the Apollo Lunar Excursion Module and became the first men to set foot on the surface of the moon. Buzz is the son of Clark graduate Edwin Eugene Aldrin Sr., class of 1915, who cultivated a friendship with his Clark physics professor — and rocket inventor — Robert Goddard.

Father of the Space Age 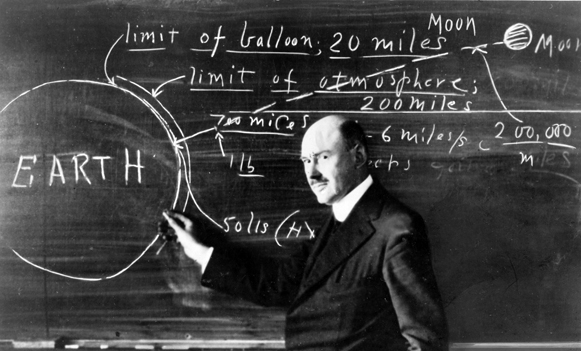 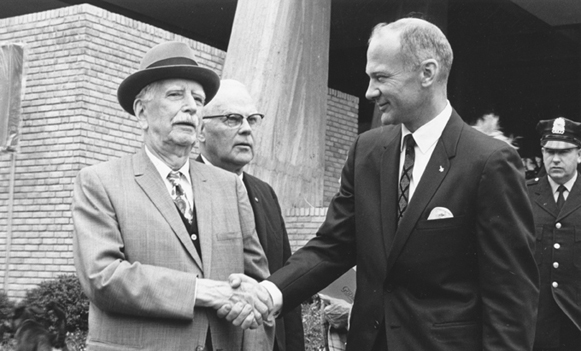 Edwin Aldrin Sr. (center), class of 1915, was a student of Goddard’s during his time at Clark, and became a pioneering aviator in his own right. According to son Buzz (right), it was his father’s connection with Charles Lindbergh, and, through him, the Guggenheim family, that netted Goddard the funding he needed to continue his rocketry experiments in Roswell, N.M.  Buzz was the second astronaut to set foot on the moon. (At left, Goddard’s mentor, Dr. Charles Abbott, secretary emeritus of the Smithsonian Institution.) 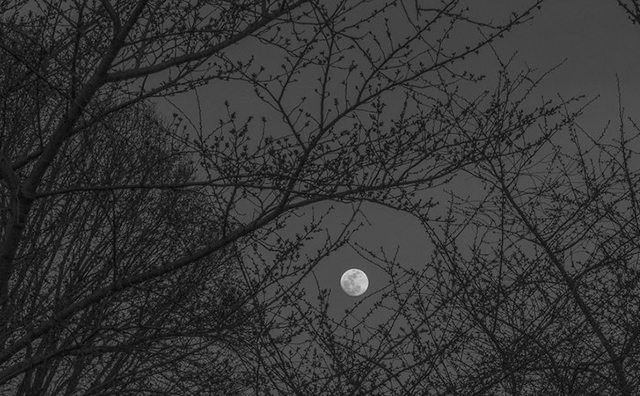 On October 19, 1899, at the age of 17, Goddard climbed this cherry tree and, in a daydream, envisioned traveling into space. He celebrated “Anniversary Day” every year until the end of his life.

Goddard launched the world’s first liquid-fueled rocket at his aunt’s farm in nearby Auburn in March 1926. A later rocket explosion caused him to be banned from conducting further launches in Massachusetts.

With funding from the Guggenheims, Goddard moved in 1930 to Roswell, N.M., where he produced larger and more complex rockets, even while remaining chair of Clark’s Physics Department. 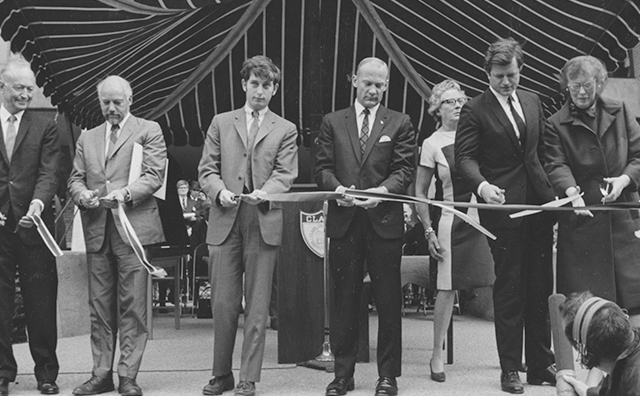 In May 1969, astronaut Buzz Aldrin was among the ribbon cutters at the opening of Clark University’s new Robert Hutchings Goddard Library, two months before he walked on the moon. 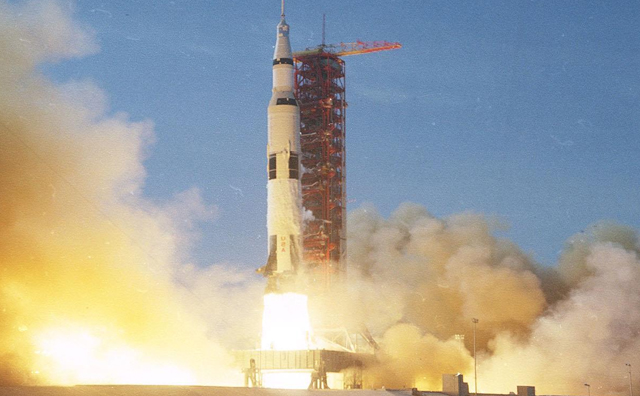 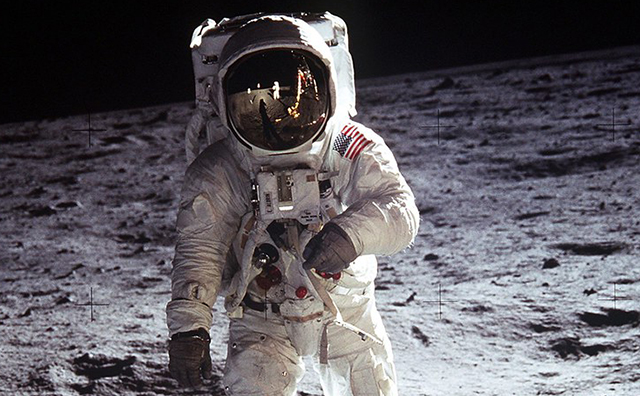 On July 20, 1969, Armstrong and Aldrin became the first two people to set foot on the moon. In the pocket of his space suit, Aldrin carried a miniature autobiography of Goddard, now housed in Clark’s archives.