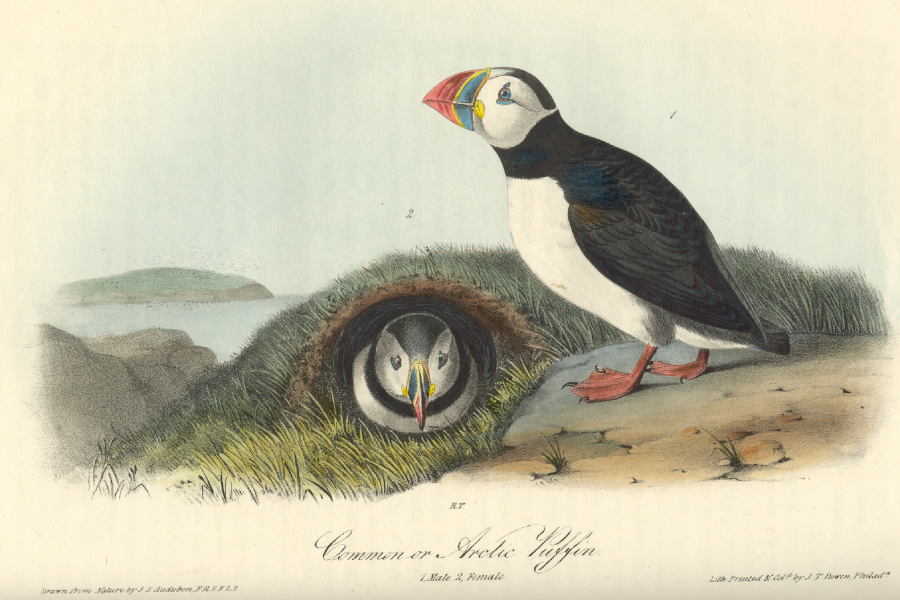 The Clark University Archives and Special Collections at the Robert H. Goddard Library is the repository for approximately 7,000 linear feet of rare books, manuscripts, University records, historical photographs and ephemera, Clark theses and dissertations, and other materials. In addition, we have extensive collections of unique digital materials available online.

Gems from the Archives

Clark’s Archives and Special Collections houses approximately 7,000 linear feet of materials. Ranging from books and artifacts to manuscripts and dissertations, the collections capture the essence of Clark and its storied history.

Archives and Special Collections and the Rare Book Room are located on the first floor of the Goddard Library, off the Academic Commons.

No, you will need to use the materials in the Archives or Rare Book Room. Our materials do not circulate but we are able to digitize some materials and make them available through our website.

Yes. as long as you do not use a flash.

Yes. We charge 25 cents a page for copying.

Yes. The Rare Book Room is available for study but visitors must sign in and may only use a pencil as a writing instrument.

We are not allowed to show the records of someone who is still alive to another person. If the person you are interested in has died, we would need to see some record of that, like an obituary, before showing the materials.

We have most of them. Before the Archives were established in 1972, all theses and dissertations were in the circulating collection of the University library, and some were borrowed and never returned. Because the University has only this one copy, we do not lend out master’s or doctoral theses, and they must be used on site. We also digitize theses and dissertations, when feasible.

In 1928, Clark University was given the library of Dr. William Libbey, professor of physical geography and director of the Museum of Geology and Archeology at Princeton University. Included in the gift were 14,000 lantern slides dating between 1860 and 1910.

The collection consists of both commercial sets as well as personal original photographs. It includes 100 series of slides — each dealing with a specific topic, state, or country — representing a remarkable cross section of the geography and people of many parts of the globe in the late 19th and early 20th centuries.

Lantern slides, the precursor to modern cardboard- or plastic-mounted slides, consist of two small glass plates. One plate is coated with an emulsion that captures an image when exposed to light, and a second glass plate is placed over the first to protect the emulsion. A cutout border, usually of black paper, is placed between the glass plates to act as a frame for the picture. The glass plates are sealed together with black tape. The projector used to illuminate the slides was called a “magic lantern” — hence the term “lantern slides.”

Although magic lanterns were used to project transparent drawings before 1839, it was not until 1850 that glass photographic slides were made in the United States. They became a common form of home entertainment, reaching their highest level of popularity by 1900. They continued to be widely used until 35mm film and cameras became readily available in the late 1920s to the mid-1930s.

Generally, lantern slides were black and white, but they could be hand-tinted with transparent oils. They were often commercially produced and typically sold by opticians who purchased the rights to the photographs, reproduced them as lantern slides, and sold them either singly or in sets. Descriptive booklets were often included with the sets. Many of the pioneers of photography had their photographs reproduced in this fashion. 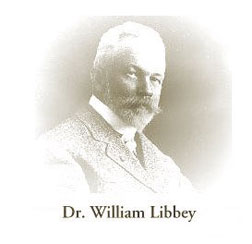 Libbey became interested in photography as an undergraduate at Princeton University and embarked on many expeditions during his lifetime. Many of those travels are documented in his collection. The series housed at Clark includes photographs from:

There are currently approximately 20,000 glass lantern slides housed in Clark University’s Map Library. In addition to the 14,000 from Libbey’s personal collection, 6,000 more were acquired from Clark’s Graduate School of Geography in 1985. 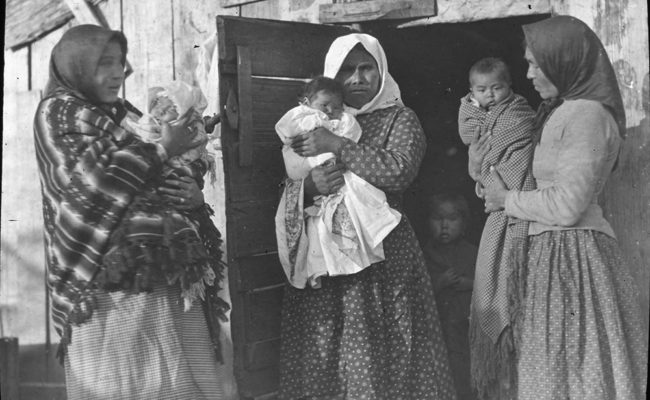 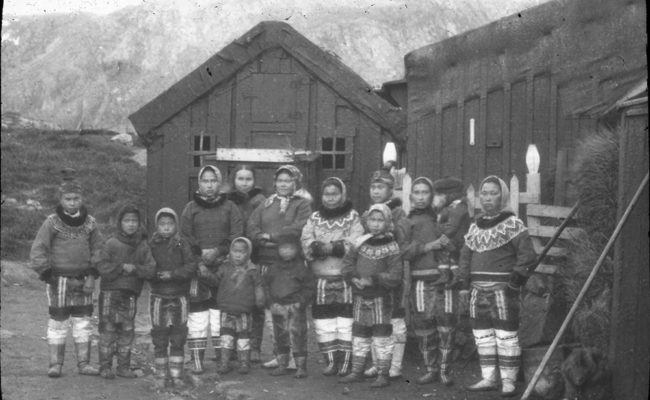 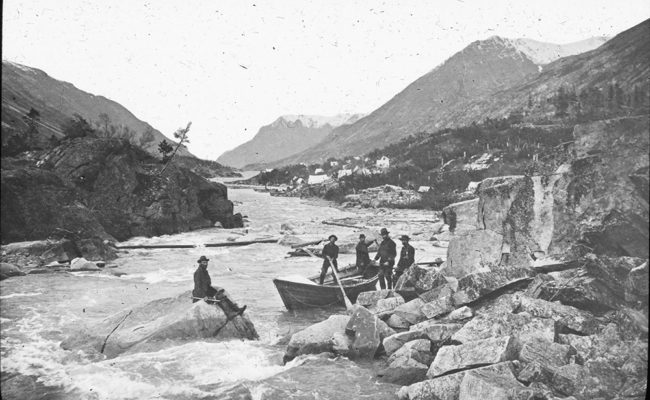 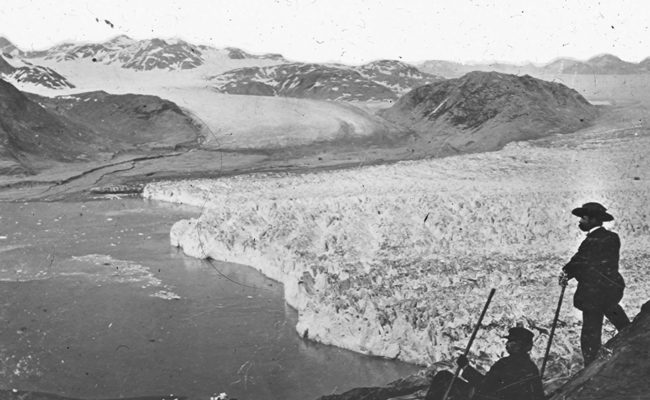 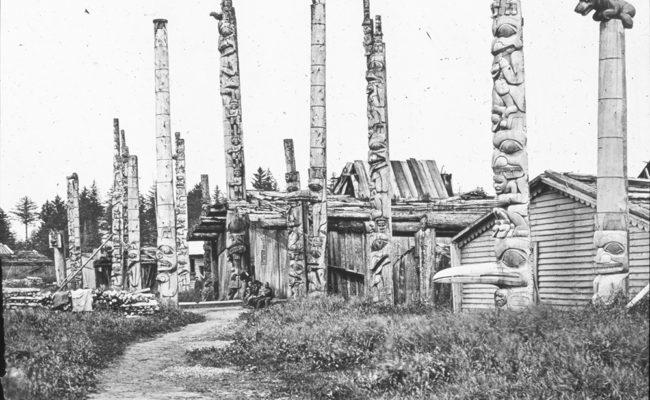 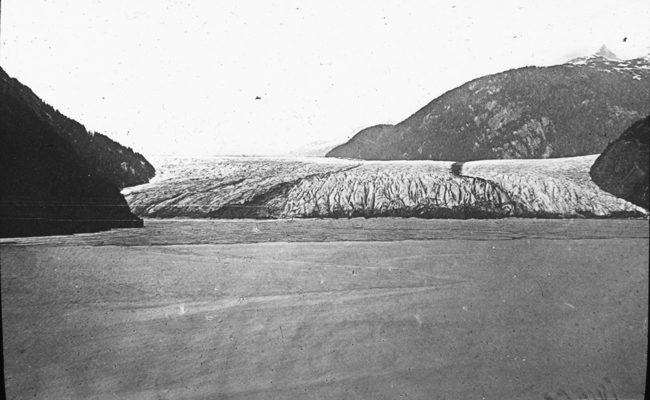 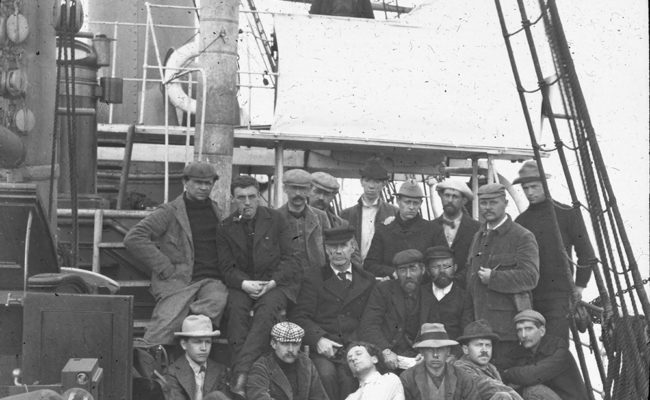 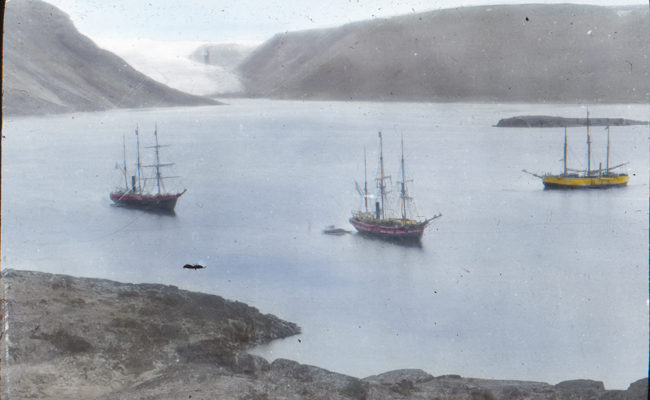