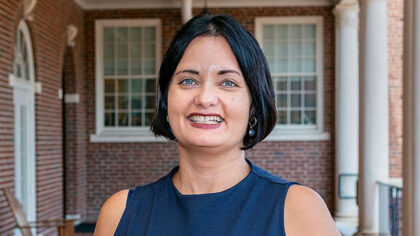 This event, sponsored by Women’s and Gender Studies and the Department of Political Science through the Francis A. Harrington Public Affairs Fund, will reveal fascinating insights about women leaders and institutional power.

Jalalzai’s research focuses heavily on the representation and behavior of women and minorities in politics and the role of gender in the political arena. She is the author of two books — “Shattered, Cracked or Firmly Intact? Women and the Executive Glass Ceiling Worldwide” and “Women Presidents of Latin America: Beyond Family Ties” — and co-editor of “Measuring Women’s Political Empowerment Worldwide across the Globe: Strategies, Challenges and Future Research.” Jalalzai is frequently quoted and featured as an expert in high-profile media outlets, including The Atlantic, The Washington Post, The New York Times, The Guardian, the Christian Science Monitor, VOX, Politico, the PBS NewsHour, and NPR.