In 2018, Megyn Kelly was fired by NBC after she asserted that blackface had been “OK” during the innocent days of her childhood. In 2015, the title role of Verdi’s Otello was played at the Met without black paint for the first time. The ongoing debate about the ethics of impersonating black people has been framed in terms of offense and appropriation. But are there aspects of blackface that are submerged and even protected by this framing?

Miles Grier (CUNY Queens College) will draw on a catalogue of 16th- and 17th-century stage moors to argue that early modern blackface did its most important work not by creating negative images of Africans. Rather, by treating blackness as an ink, a legible and transferable mark. What mattered was not the specific ethnic group designated by “moor”—or even whether such characters were noble or evil—but whether black characters were afforded credibility or treated as reading material for an other. The work of blackface, then, was to produce a white interpretive community authorized to assess black character in its textual and embodied forms, an aspect of racial hierarchy that is both older and more fundamental than mockery, enabling injustices that far surpass the stakes of cultural appropriation.

This event continues the Roots of Everything, a lecture series sponsored by Early Modernists Unite (EMU)—a faculty collaborative bringing together scholars of medieval and early modern Europe and America—in conjunction with the Higgins School of Humanities. The series highlights various aspects of modern existence originating in the early modern world by connecting past and present knowledge. 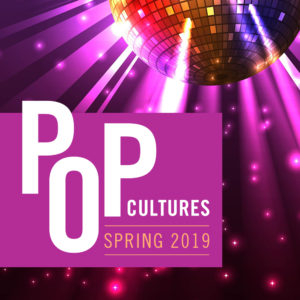