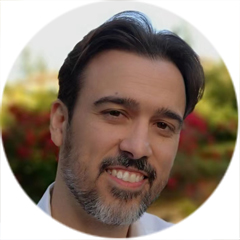 Soy expansion is linked to extensive deforestation in the Amazon. In response to public outrage in Brazil, the U..S, and Europe over this reality, networks of scholars, environmental NGOs, government agencies, and transnational agribusiness corporations orchestrated a “moratorium” on soy exports from recently cleared Amazonian land. While the Amazon Soy Moratorium is criticized for excluding the Cerrado ecosystem and focusing narrowly on deforestation (ignoring environmental intoxication and other socio-ecological problems associated with soy monocultures), the initiative is hailed as a victory for sustainable development in mainstream discourse. There are now efforts to expand upon this model of voluntary standards for environmental governance, increasing transparency and improving the sustainability of soy and other deforestation-linked commodity supply chains. In this presentation, Oliveira will critique the neo-Malthusian assumptions and eco-modernist goals that define these efforts, denaturalize the Brazil-China relations that constitute the main channel of global soy trade, and promote an agroecological alternative for development in Brazil, China, and the world.

Gustavo Oliveira is a human-environment geographer whose research focuses on Chinese finance and investment in Brazilian agribusiness and infrastructure. He also studies critical geopolitics and the global political ecology of soy, pesticides, biofuels, land struggles, agroecology and food sovereignty, and environmental governance. A member of the United Nations Sustainable Development Solutions Network’s Science Panel for the Amazon, Oliveira is also co-principal investigator of a USDA-funded project on the COVID-19 pandemic’s impact on U.S. food supply chains. His current book project is “Brazil, China, and the Global Land Grab.” Before joining Clark, he taught at the University of California Irvine and Peking University, and was a postdoctoral fellow in environmental studies at Swarthmore College. Oliveira holds a doctorate in geography from the University of California Berkeley and a master’s in philosophy from the University of Colorado Boulder.

Light refreshments will be provided.