‘No Blue Memories: The Life of Gwendolyn Brooks’ Screening and Discussion 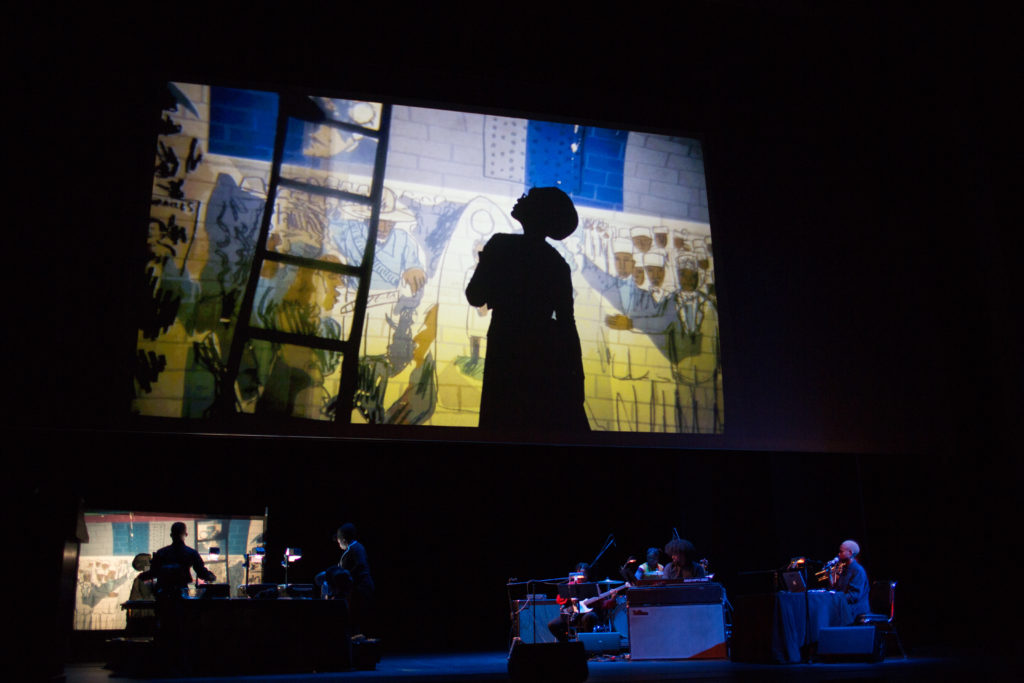 “A production so weird and innovative, it’s hard to describe… like being on the set of a Hollywood movie and watching it on-screen at the same time.”
– Chicago Magazine

No Blue Memories: The Life of Gwendolyn Brooks, co-written by poets Eve L. Ewing and Nate Marshall and featuring the music of Jamila and Ayanna Woods, brings to life the story of one of Chicago’s most beloved figures. She was an icon, a poet laureate, a Pulitzer Prize winner, and a recipient of an honorary degree from Clark University in 1987. But she was also a treasured educator and mentor to the countless writers and children who knew her as their very own “Miss Brooks.” Weaving together poetry, storytelling, and striking visuals, No Blue Memories: The Life of Gwendolyn Brooks is an exploration of Brooks’s beloved city and a story of how she navigated identity, craft, and politics over the course of one of the most remarkable careers in American literary history. The performance combines intricate paper puppetry, live actors working in shadow, and an original score for an unforgettable multi-media experience.

No Blue Memories: The Life of Gwendolyn Brooks is a production of Manual Cinema. It was commissioned by the Poetry Foundation for the Brooks Centenary and premiered in Chicago in November, 2017.

This screening will be followed by a Q&A with Sarah Fornace (Co-Artistic Director) and Ayanna Woods (Composer and Band Leader) of Manual Cinema.

This event is part of the African American Intellectual Culture Series presented by the Higgins School of Humanities with support from the Office of the Provost at Clark University.

Broadcast live on Zoom. Participation is free and open to the public. Registration is not required.