Disappearing Acts: Black Women In and Out of Early Modern Literature 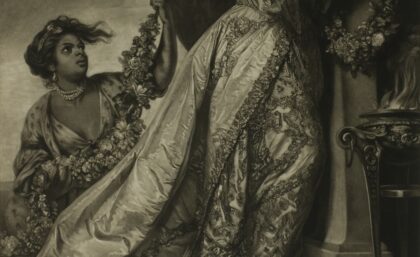 While the near-absence of black female characters in early modern drama is a near-truism in the field by now, this lack of representation occurred during a period when their labor—domestic, agricultural, sexual—was becoming a prominent support of colonial enterprise in the new world. In this talk, Joyce Green MacDonald, Associate Professor of English at the University of Kentucky, will discuss how early modern formations of black female identity survived and were transmuted in later times in the Atlantic world. MacDonald also will consider how our current moment may be offering its own versions of black women’s simultaneous invisibility and centrality to ideas of beauty, femininity, and cultural value.

This event continues the Roots of Everything, a lecture series sponsored by Early Modernists Unite (EMU)—a faculty collaborative bringing together scholars of medieval and early modern Europe and America—in conjunction with the Higgins School of Humanities. The series highlights various aspects of modern existence originating in the early modern world by connecting past and present knowledge.

Participation is free and open to the public. Registration is not required.