Declarations of Disgust: Reflections on an Ideological Dimension of Music Criticism, ca. 1900 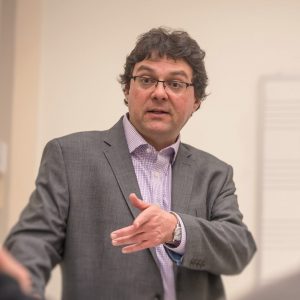 Classical music criticism was a remarkably vibrant genre of journalism at the end of the 19th century. In this talk, Benjamin Korstvedt, Professor of Music at Clark University, will consider how the language of criticism engaged with the turbulent cultural politics of German-speaking Europe at that time. He will examine ways in which critics evoked experiences of physical distress and even disgust to delegitimize music that threatened established aesthetic preferences. This kind of rhetoric—surprisingly common even among liberal critics—is hard to reconcile with the notion that criticism should encourage listeners to form well-reasoned judgments of their own. Korstvedt will demonstrate that, in fact, declarations of disgust were used by critics to induce listeners to experience certain modes of musical expression as disagreeable rather than alluring. In doing so, they played on fraught collective anxieties about the body as social text.

Admission is free and open to the public.

This event is part of the Higgins Faculty Series and is co-sponsored by the Higgins School of Humanities and the Music Program at Clark University.