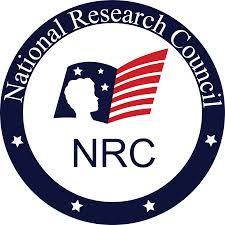 Clark’s Graduate School of Geography is top-ranked in the most recent ranking by the National Research Council, which was established in 1916 under the National Academy of Sciences.

On April 21, 2011, the National Research Council updated the findings of its “Data-Based Assessment of Research-Doctorate Programs in the United States”; the initial version was published in September 2010. The 2011 update recalculated the so-called “R” and “S” rankings, each through two different methods.

As a result, Clark’s Graduate School of Geography now ties as No. 1 among U.S. geography programs on the primary calculation of the R ranking. (Clark Geography’s rankings are summarized below, where a brief explanation of the R and S rankings can also be found.)

Furthermore, among the 49 geography programs assessed, Clark is one of a smaller number of departments that sustains a balanced program of research and doctoral education across the full breadth of the discipline — indeed we are committed to maintaining and integrating across this breadth.

Clark’s Graduate School of Geography also is the only Top 10 doctoral department that is located within a liberal arts-based, student-contact-intensive research university. We fall among the top three departments for number of Ph.D.s granted each year, for the percentage of doctoral students with external funding, and for international diversity of graduate students.

All of our doctoral students receive full funding (tuition and stipend) on acceptance, and upon graduating, they have been consistently successful in occupying both academic and senior policy and applied professional positions — this is a balance that we take seriously.

Since the 2006 census date for the NRC assessment, our successes in securing research grants and in placing our graduate students have improved yet further, and our doctoral students now receive health insurance.

The NRC Assessment of Research-Doctorate Programs published recently includes a whole variety of ways to assess the programs, which includes peer-to-peer (S) assessment as well as objective categories.

Both peer-to-peer and objective rankings came with a range, from 5th to 95th percentiles. Among geography graduate programs nationwide, Clark scored:

Clark was ranked high for a number of objective categories:

(from A Data-Based Assessment of Research-Doctorate Programs in the United States, NRC, 2010, page 2)

Why does Clark University’s Ph.D. in geography program rank so high?

As the oldest, sustained doctoral program in geography in the country, Clark’s Graduate School of Geography has granted the largest number of doctoral degrees in the United States. Clark has consistently ranked among the top 10 programs and sustained its reputation over the course of its history (and U.S. Geography’s) in various polls and peer-review rankings. Clark Geography faculty and students pride themselves as global leaders in innovative theory-driven research across the breadth of the geography’s subfields: earth system science; human-environment/nature-society geography; geographic information science and remote sensing; and urban-economic geography.

Many of our alumni hold senior research positions at organizations such as NASA, and many of our international alumni historically returned to hold important government positions in their home countries (e.g., European Commission) or important positions with non-profit organizations (e.g. the National Coffee Growers’ Federation in Colombia).

Our doctoral students may complete a certificate in college teaching through the Colleges of Worcester Consortium. While Clark University’s Graduate School of Geography does not require graduate students to complete the program, those who have  done so have benefited considerably. We have provided financial support to cover the cost of the certificate’s required core course.

Since 2006, laws were enacted in the Commonwealth of Massachusetts to require all residents to be covered by health insurance. Clark graduate students have access to health insurance for a university-negotiated rate.