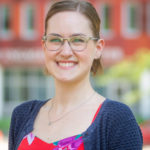 Schedule a meeting with Cherilyn

Cherilyn uses she/her pronouns and has been a member of the Clark community since 2017. She is responsible for overseeing the operations of the Office for Academic Support, including coordinating the academic probation program, the Quantitative Skills Center, Peer Success Advising and Tutoring, and the First-Year Experience program. Cherilyn also meets with students individually or in small groups to provide guidance in time management, study strategies, note-taking, reading comprehension, test-taking, overcoming barriers to success, and more.

Cherilyn is originally from Tolland, Connecticut, and completed her B.A. in English at Central Connecticut State University. After completing her bachelor’s degree, she went on to work as a residence director at Massachusetts College of Liberal Arts before returning to CCSU to pursue graduate school. She graduated with her M.S. in Counseling and completed a concentration in Student Development in Higher Education. While in graduate school, she worked as the Lead Academic Success Coach in CCSU’s Learning Center for two years before accepting her current position here at Clark. Outside of Clark, Cherilyn is a first soprano in Salisbury Singers, a community choir in Worcester. She also enjoys reading, yoga, or hanging out with her chinchilla, Wilbur. 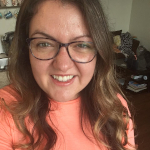 Schedule a meeting with Shalyn

Shalyn uses she/her pronouns and goes by either Shalyn or Shay. She joined the Office for Academic Support in October 2020. Shalyn believes in the power of students’ stories and the ability for student stories to change the world. As the academic success manager, Shalyn provides academic support and advising to students, meets with students on academic probation, and partners with staff and faculty across campus to put on events and workshops that promote academic success. Shalyn is happy to discuss all aspects of students’ lives and academics so she can best support them.

Shalyn is a Clark alum who was involved in Residential Life and Housing, Clark Undergraduate Student Council, Stitch Club, and the English Department. After receiving her Bachelor’s degree in English from Clark in 2014, Shalyn then worked at North Dakota State University and Western Connecticut State University as a residence hall director. Shalyn has spent the past two years completing her Master’s degree in Higher Education and Student Affairs at the University of Connecticut. Shalyn worked primarily during that time as UConn’s Graduate School’s program assistant, but she also worked with UConn’s Dean of Students Office and the Women & Gender Resource Action Center at Trinity College before returning to Clark.

Shalyn has four siblings, the youngest of which is in elementary school! Shalyn loves reading, cooking, drinking tea, going for walks, and spending time with her partner and two cats, Rangoon and Tso. She also watches too much television, and her favorite shows include Parks & Rec and The Great British Baking Show.