Note: The International Center is providing a combination of in-person and online services. 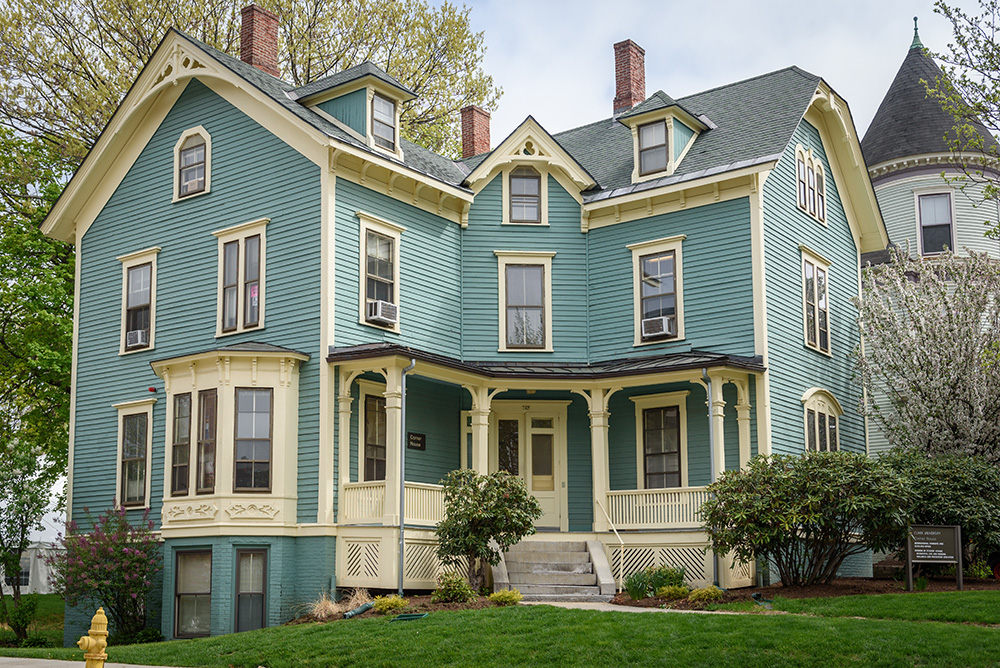 The International Center at the Corner House comprises three offices:

The International Center at the Corner House provides services and programs to support Clark University’s international students, scholars, and employees as they seek to achieve their academic and professional goals. We collaborate closely with our colleagues in Clark’s schools, departments, and administrative offices to ensure that our students, scholars, and employees have extraordinary experiences as members of the Clark community. We invite you to read more about our team and to contact us if we can assist you in any way. 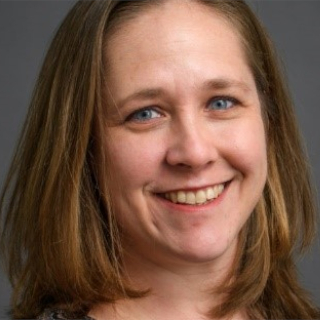 For as long as she can remember, Sarah wanted to be in the field of education in one way or another. She has been lucky to have been able to have fulfilled her career goal in a wide variety of settings from large public schools to small private universities and nonprofit organizations. In each of these locations, she has been able to enact her belief that focused and personalized instruction creates an enriching experience for students.

Sarah’s desire to work in international education started when she studied abroad in Glasgow, Scotland, and deepened when as a fifth-grade teacher, she developed curriculum centered on the children’s book “Talking Walls.”  This book looks at different walls located around the world, and Sarah used it as a catalyst for her students to engage in cultural explorations. This  book (and the discussions of her students) fueled her own interest in exploring different places and interacting with different people. Eventually, Sarah’s career shifted to teaching English to speakers of other languages (TESOL) in higher educational institutions.

Sarah received a bachelor of arts in elementary and special education from Providence College and a master’s degree in teaching English from The New School in New York City.  She has presented workshops and has attended annual conferences at NAFSA Region XI, TESOL, NNETESOL, and NYSTESOL and English USA. At Clark, Sarah’s primary responsibility is to oversee all English language programs and support for Clark’s English language learners both in Worcester and abroad. 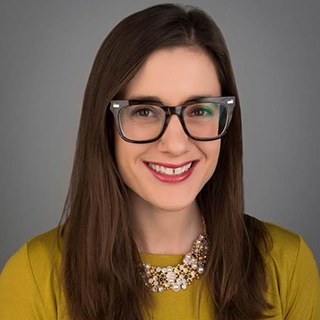 Susannah grew up in a small town in New Hampshire dreaming about traveling the world and experiencing different ways of life. Her international journey took her to England for a gap year before attending Boston University to study international relations. While an undergraduate student, Susannah studied abroad in Turkey and Morocco. After graduation, she spent four years teaching English as a foreign language in Morocco and working on her Arabic skills.

Upon her return to the United States, Susannah realized that her intercultural skills and interest in education could be the foundation of a lifelong career. Susannah worked in immigration advising and international student support at several higher education institutions in the Boston area while earning a master’s degree in communication management from Emerson College. In January 2020, she made the move to central Massachusetts to join Clark. 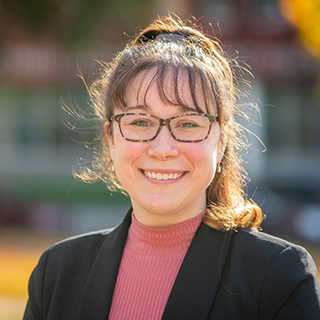 As the Associate Director for the International Students and Scholar Office, Amanda supports and advises the international community at Clark regarding immigration and immigration related issues, transitioning to the United States, and overall student success as a Clarkie!

Amanda earned her Bachelor’s Degree in Agriculture Business Management from SUNY Cobleskill in 2009 and received her Master’s Degree in Higher Education Administrative Services from Mckendree University in 2011. Amanda has over ten years of Higher Education and Student Affairs experience, with a focus in Residence Life and International Student Services. 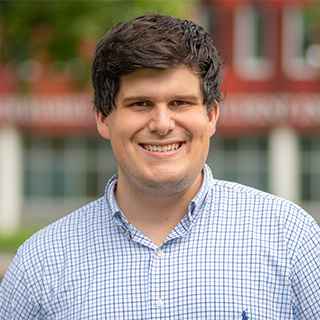 As an undergraduate at Clark, Nathan realized he could use his love for learning about different countries and cultures by working in immigration. This led him to study abroad in Costa Rica, Guatemala, and Nicaragua, as well as complete internships working with migrant communities at his Congressman’s office in Lynn, Massachusetts and at Ascentria Care Alliance in Worcester. After graduating with a Bachelor’s degree in Political Science and a minor in Latin American studies, he worked at a corporate immigration law firm, completing immigration processes for both the United States and more than a dozen other countries.

When not working, Nathan likes to spend his time planning travel and finding the best new music from around the world. 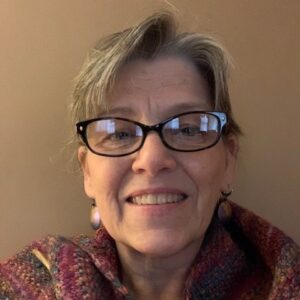 Winnie is a language and culture enthusiast and is excited to lend support to Clark’s international students.  She has a Bachelor’s degree in Russian Area Studies from Central Connecticut State College and earned TESOL/TESL/TEFL Teacher Training Certification from Oxford Seminars.  After graduating from college, Winnie traveled to Taiwan alone, where she quickly discovered she did not actually speak Chinese, was not proficient in the use of chopsticks and was faint of heart riding public transportation to erroneous destinations.   Since that time, Winnie has traveled widely and continues to test her skills in many languages, with no shame.

Prior to joining Clark, Winnie worked in the social service industry for 20 years, serving refugees and immigrants from around the world.  She taught Citizenship and English as a Second Language for seven years, before joining a program dedicated to assisting unaccompanied refugee and migrant children.

In a spirit of reciprocity for the kindness received from strangers around the globe, Winnie has welcomed exchange visitors from France, Sweden, Japan, The Netherlands and Russia, refugees from Sierra Leone and a youth from Guatemala to weave a shared story. 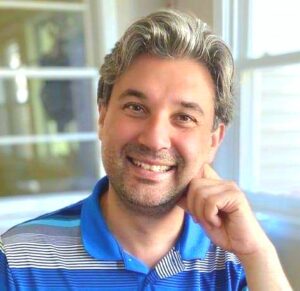 Ercan Balci is the new Assistant Director of ALCI at Clark University.  Ercan’s primary responsibility is to oversee the curriculum and day-to-day operations of ALCI programs overseas. He also works closely with other IC members to provide support for all international students. Although he just started in this role, he has taught Listening, Speaking, Academic Writing and Critical Thinking both for graduate and undergraduate students at Clark since 2019.

Ercan is originally from Istanbul, Turkey, where he completed his BA, MA and PhD in Language Studies. Prior to starting at Clark, he worked at University of Illinois Urbana-Champaign, and served as the Director of Center for Language Studies at Brown University, where he collaborated with faculty from dozens of language programs and organized activities to increase the visibility of languages and cultures on campus.  In addition to developing, teaching and coordinating language courses at all levels, he created and taught culture classes and led short-term Global Studies study abroad programs.

Ercan considers himself a Global Citizen, and enjoys learning and teaching the richness of languages and cultures around the world. He has traveled to many countries in Europe, North America and South America. He studied abroad in Oxford, England during college. As a student of languages, he listens to Caliente during his commute from a small farming town in Rhode Island to improve his listening skills in Spanish. He is looking forward to being an active member of and serving the international community at Clark. 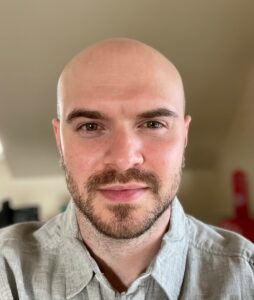 As the Assistant Director of ALCI alongside Ercan, Justin is responsible for campus-based English for Academic Success and Pathway programs. Being a passionate language learner himself, Justin has continually pursued international and language education in several forms for over a decade. He spent a number of years studying at the Paedagogische Hochschule Ludwisgburg in German, where he worked as both an English tutor and supporting staff member for Erasmus students at his host university. Upon returning home to New York, he completed his Bachelor’s degree in German Language, Literature and Poetry at Hunter University, as well as an internship at the German-American Chamber of Commerce. Shortly after, Justin went on to attain a Master’s degree in Linguistics at Newcastle University in Newcastle upon Tyne, England, where he took part in second language acquisition and historical Germanic linguistic research, as well as acting as the academic representative for international students in the Linguistics MA program.

Justin later received TEFL certification and became an ESL instructor at a language center in the College of Mt. St. Vincent in New York for several years, also working regularly as both a German instructor and photographer, before subsequently going abroad once more to teach as a guest instructor at Kindai University in Osaka, Japan.

Justin considers himself to be a continuous participant in the language learning process, taking every opportunity to carry on honing his German skills, as well as brush up on different levels of proficiency in Russian, Japanese and his personal favorite, Icelandic. Most weekends, Justin plays in local restaurants, breweries and bars as lead guitarist in a Connecticut based band. He is very excited and eager to be included in and contribute to the ALCI team. 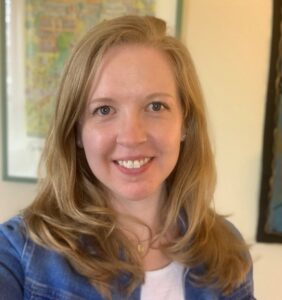 As the Program Coordinator at the International Center, Hadley provides programming and support to international students to build community and enhance their Clark experience.

Hadley’s interest in working in international education began in high school when she traveled abroad to teach in both Zambia and Mexico, and to attend a language immersion program in Spain. These opportunities allowed her to realize the amazing impact of an international education, and eventually lead her to make the decision to attend Clark as a student where she studied abroad in Stirling, Scotland. She earned her BA in Sociology and a Master’s in Professional Communications from Clark University.

Previous to her role at Clark, Hadley worked at other educational institutions in alumni relations and communications. She is excited to be back at Clark and looks forward to the opportunity to serve the international community. 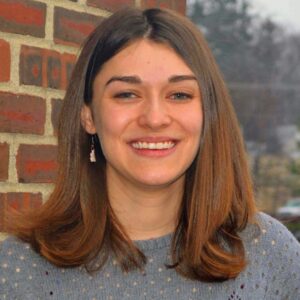 As a member of the American Language and Culture Institute (ALCI), Sarah helps students navigate through the different aspects of studying abroad. Whether it is providing advice on studying in an American classroom or finding a fun way to overcome homesickness, Sarah strives to support international students any way she can!

Sarah grew up in Maine and obtained her BA in International & Global Studies from the University of Maine at Farmington. As an undergraduate student, Sarah completed travel courses in Peru, Germany, Austria as well as a year abroad in Le Mans, France. Upon completing her degree, Sarah taught English through the Fulbright Program in Ulaanbaatar, Mongolia. She then rounded out her international adventure by completing an MA degree in International Migration at the Brussel’s School of International Studies in Brussels, Belgium.

Upon returning to the United States, Sarah’s goal was to find a job where she could help students make the most of their time abroad and support them throughout their journey. She is thrilled to have the opportunity to work with the Clark community and looks forward to the next adventures ahead!