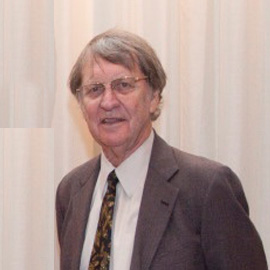 Lauded as ‘giant,’ ‘leading light’ in risk analysis and communication, Roger Kasperson, professor emeritus of geography, passed away peacefully on Saturday, April 10, at his home in Washington, D.C.

His colleagues in IDCE paid tribute to him in a brief statement:

The Department of International Development, Community & Environment (IDCE) – and in particular, the Environmental Science & Policy (ES&P) Program – was deeply saddened to learn of the passing of our dear friend and esteemed colleague, Emeritus Professor Roger Kasperson of the Graduate School of Geography.  Roger was an inspirational academic leader, that rare scholar who not only spoke passionately about the importance of interdisciplinary and integrative work that bridged the social and natural sciences, but made it part of his visionary practice.  He was an early supporter of, and advisor to, Clark University’s vanguard Science, Technology, and Society Program, a program that was established by the natural science departments at the beginning of the 1970s.  Roger played a major role in the program’s 1980s transition to a full interdisciplinary collaboration of natural and social scientists with its new name ES&P.  In the late 1970s, Roger, along with fellow geographer Bob Kates, physicist Chris Hohenemser, and International Development faculty Dick Ford and Barbara Thomas-Slayter, established the interdisciplinary research Center for Technology, Environment, and Development (CENTED).  Later renamed the George Perkins Marsh Institute (GPMI), it is the largest research organization at Clark.

Roger was an inspirational academic leader, that rare scholar who not only spoke passionately about the importance of interdisciplinary and integrative work that bridged the social and natural sciences, but made it part of his visionary practice.

Roger thus helped realize teaching and research programs that recognized the intersection of environment, society, policy and technology at a time when environmental awareness among the U.S. public and policy makers was only just beginning.  Prof. Kasperson’s contributions to the field of risk analysis are legion and well known — he was a pioneer in risk perception studies and co-founder of the Society for Risk Analysis (SRA).  A true ‘son of Clark’, Roger has left an indelible mark on the institution he loved, as a student, faculty member, department chair, Provost, and Director of GPMI.  He was also a cherished mentor for junior faculty who shared his vision, and who enjoyed his tireless support.  Prof. Downs would especially like to acknowledge Roger’s mentorship and support of the ES&P Program when its future was uncertain.

Prof. Kasperson never wavered in his enthusiasm for the work we do, and his generosity, creative thinking, and dry wit in promoting a more nuanced, complete, and rich perspective on social and environmental challenges will not be matched.

Thank you, Roger. Your vision lives on. Rest in Peace.