Now that you’ve voted, continue participating in the democratic process. Join the Clark community as we dissect what just happened, and why.

The Campaign of Miner Bo

Watch “The Campaign for Miner Bo” for free using your Clark credentials, or purchase the film for $4.99 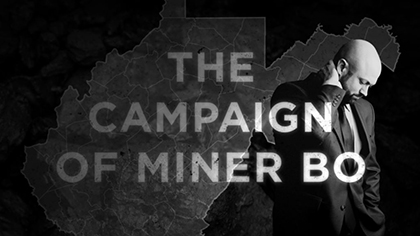 How did Todd Drezner, a committed liberal and resident of deep-blue New York City, find himself in Delbarton, West Virginia, to film the campaign of Bo Copley, a Christian conservative running for the Republican nomination for U.S. Senate? As Drezner writes, “While the unemployed coal miner and everyday working-class person are stock characters in our political dialogue, it’s rare to see such a person actually make a run for real political power. And like any real person, Bo is much more than a stereotype; he’s his own individual who brought a unique story to his campaign. And it’s safe to say that the campaign was one of the most meaningful times in Bo’s life. I hope that by bringing it to a wide audience, I can help people on the right and the left look past stereotypes, empathize with each other, and recognize that all of us have stories worth telling.”

Rob Boatright, professor and chair of political science, and Soren Sorensen, lecturer in screen studies, will facilitate the discussion, which will be recorded. Co-sponsored by the Political Science Department through the Francis A. Harrington Public Affairs Fund; the Higgins School of Humanities; the Department of Visual and Performing Arts; and the Dean of the College.

While votes continued to be counted across the country on Nov. 4, Clark faculty gathered virtually to address the potential results and ramifications of the 2020 presidential election. “What Just Happened,” moderated by Dean of the Faculty Esther Jones, included an interdisciplinary panel of faculty from across campus, including Robert Boatright (political science); Jack Delehanty (sociology); Ousmane Power-Greene (history); Mark Miller (political science); and Johanna Vollhardt (psychology).

During the discussion, the scholars examined the election, its consequences, and the issues surrounding it — racial tension, social unrest, the pandemic, unemployment, legal challenges, the role of Latinx voters, the polling industry, and social media’s role in promoting divisiveness. This event was sponsored by the Higgins School of Humanities.

Tracking the Gendered Politics of a Global Pandemic

It was just two days after the U.S. election, so while it was tough to think globally, this might have been exactly when we needed to use our feminist curiosities to track the links between local and global politics. The coronavirus has caused illness, deaths, and dislocations in virtually every country on this small blue planet. But the pandemic has played out differently in the lives of women and men in different countries. Health care inequities are gendered everywhere, but how exactly? In this session, we asked: Why is domestic violence rising in this pandemic? How are job losses and stresses in a pandemic gendered? How does masculinization shape our presumptions about who we call an expert in a pandemic?

Part of Alumni Affairs’ “Beyond the Classroom” series; co-sponsored by Women’s and Gender Studies

Climate Change and the 2020 Election

American voters are more concerned about the effects of climate change today than ever before, and a majority of Americans believe that the federal government is doing too little to address it. How has citizen activism regarding climate policy evolved over the past decade? And how did candidates in 2020 address citizens’ views on the environment?

This panel explored the role climate change is playing in American politics today, the policy choices that this year’s candidates faced, and what the election results might mean for America’s involvement in global efforts to mitigate the effects of climate change.

Co-sponsored by A new Earth conversation

Gender, Politics and the 2020 Presidential Election

In a panel discussion on gender and the 2020 U.S. presidential election, Professors Sperling, Hanley, and Williams each briefly addressed a unique aspect of the gendered nature of the upcoming election. Topics included masculinity, misogyny, intersectionality, identity politics, and the international landscape. A Q & A followed. Co-sponsored by Women’s and Gender Studies

“Programming” in this case meant “planning.”

The 2020 Election and the Future of American Political Parties

The 2020 election showed us that the two political parties today look quite different today than they were just a few years ago. In this talk, Professor Boatright reviewed how the parties have changed their views, whether these changes will endure beyond the Trump presidency, and how this year’s primary elections for the House and Senate compared to those of previous years.

Part of Alumni Affairs’ “Beyond the Classroom” series

Democracy or Voting Theory? Can Voting Ever Be Fair?

In the 2004 governor’s election in Minnesota, exit polls indicated that the person who won was quite possibly the least favorite candidate of a majority of the voters. There was no foul play, but it makes us wonder: Did this really represent “the will of the people?” Another example: In the 2008 mayoral election in Burlington, Vermont, a different candidate would have won if the voting method had been “instant run-off” instead of plurality voting — and yet another candidate would have won if the winner had been decided by the so-called “Condorcet method.” Is there a “best” way to vote? Can voting ever truly be “fair” — and what does “fair” even mean here?