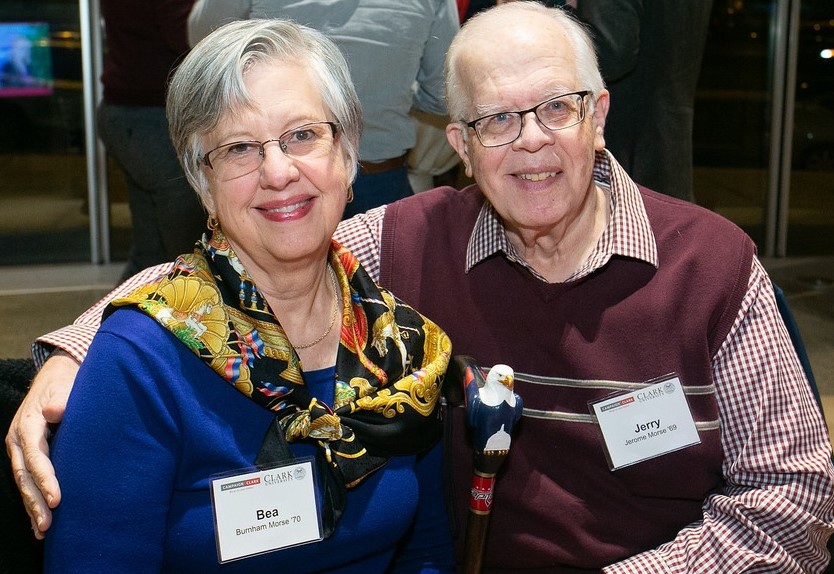 On New Year’s Day 2019, our 36-year-old son, Alex, and his fiance, Rebecca, were walking to brunch in their Washington, D.C. neighborhood. Before they reached the restaurant, they found themselves, as innocent bystanders, in the middle of an argument among a number of young men. Shots rang out. Alex was the only person injured. He suffered a traumatic brain injury similar to the brain injury suffered by Arizona Congresswoman Gabby Giffords 10 years ago. Of the seven shootings in D.C. that day, Alex was the only one to survive. Extreme happiness.

Not enough praise can be heaped on the shoulders of America’s healthcare professionals. Wondering how much of his former self Alex could recover — great anxiety.

From the first night onward, as we sat vigil in the hospital, Alex and Rebecca’s friends took charge and made sure we were fed and comforted. After Alex was brought out of his medically induced coma, deemed necessary to reduce swelling in his brain, their friends again took charge. They established a Go-Fund-Me page entitled the Alex Morse Hospital Fund. To attract funds, they held concerts, auctions and other activities, such as donations from the proceeds of yoga classes. To date, the Go-Fund-Me page has raised over $60,000. We will never again have a negative word to say about millennials. This money was crucial when we purchased a Virginia condominium for Alex and Rebecca, to furnish the condominium and to purchase a 2017 Subaru Outback, the only vehicle we could find in which both Alex and his wheelchair can fit comfortably.

One year ago at this time, Alex was in a nursing home. He did not have the use of his right arm and right leg (he is right handed). His speech amounted to only stringing a few words together.  Much happiness though that his mind was completely intact and that he would shortly be going home, but anxiety as to how much progress he could ultimately make, even with intensive therapy.

Before the injury, as a self-employed contractor, Alex was able to obtain quality health insurance from the Affordable Care Act marketplace. When Alex was discharged from Medstar Washington Hospital Center, we received a “for your information” letter stating that the cost of Alex’s healthcare totaled more than $900,000. Add to this figure the cost of care at the National Rehabilitation Hospital in D.C. and the cost of care at the nursing home, the full cost of Alex’s care far surpassed $1 million. Profound happiness that Alex had quality health insurance. Grave concern and anxiety that the Trump Administration is still seeking to eliminate Obamacare.

Fast forward one year. Daily life dealing with the pandemic fosters great anxiety all around. Once again, not enough praise can be heaped on the shoulders of America’s healthcare professionals. To comply with the Virginia governor’s order for everyone to stay at hom, Alex and Rebecca can no longer drive four days a week to the National Rehabilitation Hospital for outpatient therapy. Even if they could make the drive, outpatient therapy is not being offered during the pandemic. Anxiety as to what this setback will mean to the progress Alex can achieve in his recovery.

Undaunted, Alex’s therapists have sent videos to Rebecca for her to work with Alex. Happiness that having been mandated to stay at home, Alex has taken to this new course of therapy. He can now stand on his own for a short time, he is able to be maneuvered out of his wheelchair to sit on the couch, and he is beginning to speak in full sentences. Further happiness that in time, there is the possibility that Alex can achieve similar success in his recovery to that achieved by Gabby Giffords.

Having experienced the roller coaster of happiness and anxiety for two years in a row, we have accepted the fact that as “seniors” our retirement will be much different than we planned. We now must support two households, our own plus Alex and Rebecca’s. Anxiety that we do not know when, if ever, Alex may be able to hold down a job and that Rebecca cannot work because she is his caregiver 24/7. Happiness that the two of them, surrounded by a great network of friends, appear to be making a new, happy life for themselves.

Dealing with Alex’s injury and the pandemic, we have learned that you have to actually live life to the fullest each day regardless of the circumstances in order to fully appreciate the sentiment of the Broadway musical lyric “make the most of the time we’re given.”