Graduate students come to Clark from across the globe, including more than 50 countries and dozens of U.S. states. In this culturally rich, diverse community, students are both warmly welcomed and fully supported, allowing them to grow both personally and intellectually. At Clark, you’ll forge friendships with a variety of classmates as you hone your academic and professional skills. Through community-wide events and student organizations you’ll explore your interests and develop new skills. Exceptional campus amenities – from cafes and libraries to computer labs and a fitness and athletic center – ensure you’re equipped for success.

There are almost limitless opportunities for you to enhance your graduate educational experience as part of our diverse, lively community. At Clark, there are dozens of student organizations that enable our students to become involved in campus life, step outside their comfort zones, and gain valuable experience. You can experience a broad range of activities including plays, lectures, panels, presentations, workshops, concerts, barbeques, and movies. 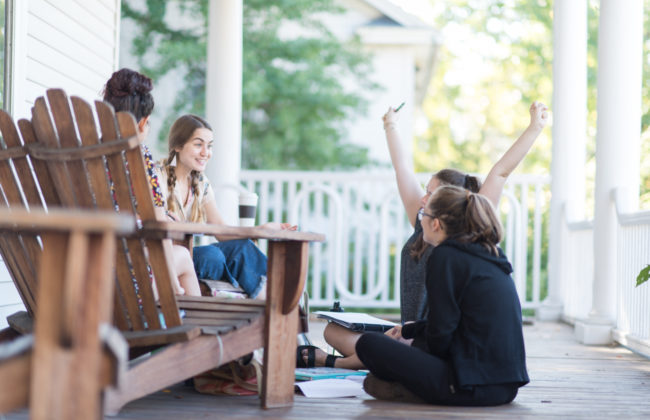 Clark offers convenient, move-in ready housing for all of our graduate students. We provide both on-campus and off-campus options, all of which are located within walking distance to our academic buildings. 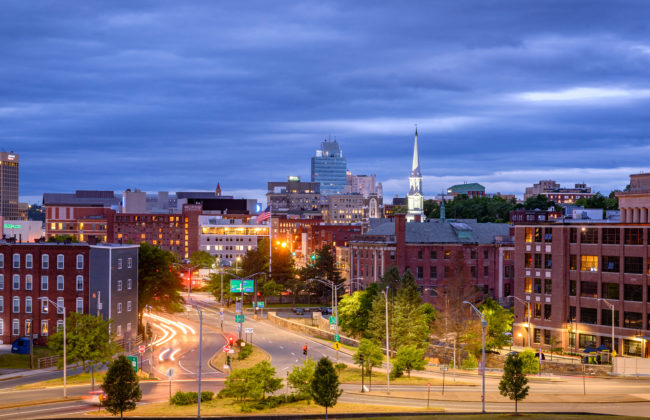 The second-largest city in New England, Worcester offers myriad of professional opportunities, as well as a thriving cultural and culinary scene. What’s more, Worcester was recently named one of the top cities for people ages 20 to 29 by Business Week magazine.

SOM students are encouraged to seize the opportunity to dive in, whether through multicultural associations, intramural athletics, or the SOM student organizations listed here.

The School of Management Accounting & Finance Association is committed to educating and preparing graduate students for finance-related careers through a combination of educational opportunities, events, and social activities.

American Marketing Association chapter at Clark University fall under the parent organization ‘American Marketing Association’ and all the leaders are official members of this organization. Our efforts include trying to include every marketing enthusiast on campus at our operations and build a community that helps students and professionals in the marketing field learn the science behind marketing.

Connect with AMA at Clark:

Clark’s Business Analytics Association is dedicated to engaging students with the data analytics field, promoting awareness of career opportunities in the analytics industry, facilitating interaction among Clark students and alumni, enhancing student networking skills, and preserving the University’s tradition of excellence in education and services.

Clark Women in Business encourages and supports female students as they develop into professional leaders. The group, which is part of the National Association of Women MBAs, promotes individual growth and goal achievement, and helps women work together to create strong support networks.

CSCF is an officially registered student-run club for you to relax, make friends, share your stories, find answers to your life questions in the Bible, and experience the love of God. We host events in both Mandarin and English. All are welcome, regardless of your background.

Feel free to email us at CSCF@clarku.edu and join our WeChat group.

The School of Management Student Council promotes an active and engaging student community, represents SOM on university-wide graduate committees, and functions as a unified voice for SOM student concerns. Each spring, the SOMSC holds a formal banquet for all students, faculty, and staff of the School of Management, bringing our community together to connect on a personal level and celebrate the year’s successes.

Clark University’s Net Impact chapter provides undergraduate and graduate students with opportunities to become involved in the activities related to CSR (corporate social responsibility), social entrepreneurship, nonprofit management, international development, and environmental sustainability. Our chapter is part of the international nonprofit Net Impact, whose mission is to inspire, educate, and equip individuals to use the power of business to create a more socially and environmentally sustainable world.

Transportation Around Clark & the City of Worcester

Travelling to Clark by AIR:

You have two main options for traveling via air:

Other airports include Providence, R.I., Manchester, N.H., and Hartford, Conn., but getting to Clark from these locations is often more complicated than from the Boston or Worcester airports.

Getting to Clark from Boston: The cheap but indirect route

Take a train or bus to Union Station in downtown Worcester, where you will need to take a taxi or ride-hailing service to get to Clark.

Getting to Clark from Boston: The direct but slightly more costly route

Use a shared van/limousine service like  Knights Limousine Service, to pick you up at Boston airport and bring you directly to campus. Many students use this option.

Be sure to make reservations early and allow for travel time. The trip from Boston to Worcester can take more than an hour at peak travel times. This option is cheaper if you travel with a group.

Travelling to Clark by TRAIN:

Worcester’s Union Station is approximately three miles from campus. It’s serviced by Amtrak’s Lake Shore Limited and Regional Lines, and the MBTA Commuter Rail from Boston. The best way to get to Clark from Union Station is by taxi or ride-hailing service (information below). For train schedules and fares contact:

Getting around by BUS:

Worcester’s Union Station is serviced by Greyhound and Peter Pan. The best way to get to Clark from Union Station is by taxi (information below). For bus schedules and fares from Boston, New York and Washington, D.C. contact:

Getting around by TAXI:

A taxi or ride-hailing service can bring you to Clark from Union Station (Worcester’s bus and train station) for about $7 to $9. These are also available to take you from Clark to the surrounding communities.  Local taxi companies:

Each April, the Graduate Student Council and the Graduate School sponsor Clark University’s Graduate Multidisciplinary Conference, designed to highlight the important scholarship produced by our talented graduate community. The event also gives graduate students an opportunity to hone their presentation skills before presenting their work at national and international conferences.

Each spring, SOM hosts a special awards and induction event for Beta Gamma Sigma, the prestigious international honor society exclusively for business programs accredited by AACSB International. Membership is the highest recognition a business student can receive in a program accredited by AACSB International. To be considered for admittance to this society, students must have completed their degree requirements for an MBA, MSA, MSF, MSBA, or MSM be in good financial and academic standing, and have a GPA within the top 20% of their program.

Each spring, an annual Gala is hosted by the Clark University International Students Association. Through dance, music, and a variety of performances, the popular event represents and celebrates the diversity of Clark.