His second Marketing to You course “sold out” in under three minutes. That is, 50 seats were filled by eager Clark University undergrads within minutes of open registration. While it’s not uncommon to have popular courses meet capacity quickly, breaking the three-minute mark might have set a record. As a result, a second section of the course was added to the Clark University School of Management’s intercession selection. It, too, sold out immediately.  Now, no fewer than 100 students will learn the fundamentals of marketing while they rock out to music videos and watch movie clips.

“I had gotten great feedback from students after the first season (course) and they taught me a lot about how to make it better for season 2. I had no idea how registration would go this year but to have it fill in under three minutes is amazing. You’re only as good as your last game, though, so I knew I needed to step it up for this season,” Lawrence Norman says with a grin.

A former Clark athlete, Norman ’94, MBA ’95, has always pushed both himself and his boundaries. As a 21-year Adidas executive, he worked in six different countries and moved internationally nine times. As he shares his passion and ambition while teaching concepts around marketing to young consumers, he’ll push his students, too, particularly in areas where he saw past interns at adidas needed the most help. 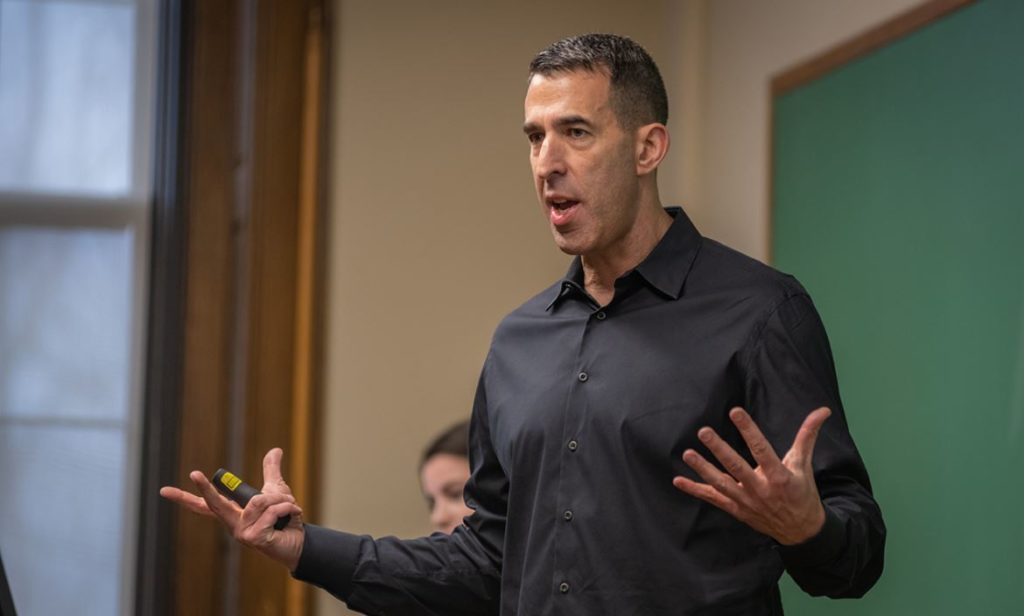 The focus of the course will include topics centered around marketing to the high school and college aged demographic. The curriculum and set up will remain similar to how Norman ran his first season.  He has six “episodes” that start with a monologue (accompanied by a music soundtrack), then a guest speaker is interviewed virtually to talk about their real-world experiences.  After a Q&A with the students, the class then splits into groups to work on a project that will be presented and defended in a “Clark Tank”-style format. Norman’s focus on presentation skills is embedded throughout the course.

“The ability to communicate well – in writing, telling stories, building presentations, their posture and even their voice inflection – will be incredibly important in these students’ careers,” he adds.

Not surprisingly, the buzz around this second Norman’s season is this year’s star-studded group of speakers. Spending time with students virtually this year will be:

A few other soon-to-be-announced speakers will join on January 26 and February 2 as well.

Norman hopes that bringing in speakers from such well-known companies, which are also especially relevant to Clark University students, will bring benefits beyond those solely within the class. He wants to help recruit new undergrad and graduate students to Clark. To that end, he also assists students seeking internships and jobs at companies. He stays in touch and mentors them as asked by graduates. He promotes the student successes to his large social media following, knowing the positive exposure it all brings for the School of Management and the University. Norman is thoroughly enjoying the experience.

“This school and my degrees have done great things for me, and now I have the chance to give back through this course,” Norman states. “I really love helping the students.”

While most of the speaker sessions in Marketing to You will be closed to anyone other than his students, a select number of seats will be available to the Clark community. Alumni, staff, faculty, and other students of Clark can send an email to Teresa Quinn if interested in attending. See the schedule of speakers and contact email address on the SOM web site.

About the School of Management

Accredited by AACSB International, the School of Management (SOM) at Clark University is a small, academically rigorous business school that prepares leaders for a lifetime of success founded on the principles of social responsibility, sustainability, and ethical business practice. Launched in 1982, Clark SOM remains committed to diversity, equity, and inclusion, and believes that these principles enhance student learning, benefit the practice of business, and strengthen our connections to the world.  SOM offers the MBA and programs in accounting, accounting-analytics, business-analytics, finance, management, marketing, and marketing-analytics, as well as dual degrees and certificates.