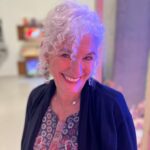 Dr. Leora Kahn joins IDCE as a Research Scholar and the new Coordinator of the Integration and Belonging Hub at Clark. She is Executive Director of PROOF: Media for Social Justice, a non-profit that uses visual storytelling for social change. She has curated numerous exhibits working with local partners, including The Legacy of Rape, which features the voices and photos of women who have experienced rape during conflict in Bosnia, Nepal, DRC and Colombia, and My Body A War Zone together with Colombian rescuers and survivors. Leora’s latest exhibit, Speaking Up! Confronting Hate Speech opened at the Holocaust Museum of Houston this year. Leora has been a fellow in the Genocide Studies Program at Yale University conducting research on rescuers and rescuing behavior in Rwanda, Cambodia and Bosnia, Sri Lanka and Iraq. She is a human rights lecturer at the University of Dayton where she founded the moral courage program. She also works on projects around the ethics of representation, with a focus on refugees and forced migrants. She has also been a Fulbright Senior Specialist and taught at the University of Haifa. 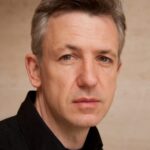 Dr. Max Niedzwiecki joins IDCE as a Visiting Scholar with the Integration and Belonging Hub. Max has worked with refugees since 1987. He has held senior positions in nongovernmental organizations focusing on forced migration, faith, LGBT human rights, education, and health. He received his Ph.D in anthropology from Boston University. His doctoral dissertation centered on the integration of Cambodian refugee communities in Massachusetts.

Max’s current research interests in the domain of forced migration include issues of broad concern as well as specific populations in greater Worcester and elsewhere. His focus issues include new modes of partnership occasioned by the aftermath of the 2016 election, the progress of integration between 2000 and 2020 as revealed by Census data, the context of personal narratives, and lived religion among those who have been subjected to “religious abuse.” The populations he intends to work with include LGBT forced migrants, and Americans whose families arrived in the US from Cambodia, Laos, and Vietnam. He plans to implement this research by further developing his existing partnerships with organizations such as the LGBT Asylum Task Force of Worcester, the Southeast Asia Resource Action Center, and voluntary resettlement agencies including Episcopal Migration Ministries. 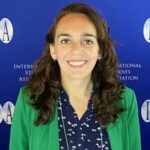 Leticia Gonzalez joins IDCE in Spring from Argentina as a Fulbright Scholar. Leticia is a Political Scientist, an MA in Latin American Studies, and is a PhD Candidate at the University of Buenos Aires (UBA). Currently, she is a researcher at the National Institute of Agricultural Technology, where she also coordinates a research group on Feminism and International Relations, and teaches Public Policy, Regional Integration, and International Relations. Leticia is interested in rural development, gender and women in rural areas, family farming organizations, and public policies for agriculture and policymaking at national and international levels. Her current research project addresses women’s participation in family farming organizations in Latin America and their influence on the regional and international policy-making process for rural women. 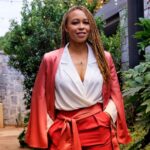 Dr. Zuri Tau joins IDCE as a Visiting Scholar. Zuri is deeply committed to examining power and privilege in research and evaluation in service of equity. Her experiences as a community organizer, social worker and facilitator continually inform her work and challenge her to develop liberatory theory outside and within the academy. She has developed curriculum on liberatory leadership, decolonizing research, trauma-informed care, and practicing evaluation from a racial equity lens. She is the former managing editor of the academic journal, City and Community, a licensed therapist, yoga teacher and sociologist. She advises organizations like RAND, Open Society Foundation, The Movement for Black Lives, and #metoo international on best practices for equity in research. Dr. Tau is also the CEO of Social Insights Research and the founder of LiberatoryResearch.org, an initiative to elevate BIPOC theory and practice in the social sciences through accessible e-courses and community. 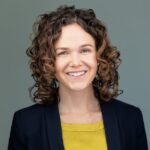 Stephanie Acker joins IDCE as a Visiting Scholar with the Integration and Belonging Hub. Stephanie is a policy, program, and communications leader in improving outcomes for forcibly-displaced populations—from having designed and managed multiple programs for refugees from the ground up to leading national emergency responses to asylum-seekers. Further, she has conducted research and policy analysis on a national and international level. Her research focuses on analyzing understudied and underdeveloped areas of refugee governance to identify innovative policy solutions to improve refugee protection. Stephanie is conducting exploratory research to understand the role that beauty and beautification plays in how refugees make home in exile and how this could inform policy frameworks and service-delivery in protracted refugee situations. If beauty is therapeutic and could be a force for good as literature suggests, why would our policies that seek to alleviate the suffering of the more than 84 million forcibly-displaced individuals ignore it?