The May Term is an intensive, short-term academic program in the Grand Duchy of Luxembourg open only to Clark students whose studies have not been completed prior to the May Term.

Each year, for four weeks in May and early June, the Leir Luxembourg Program will offer two courses through the May Term. Each course carries one full unit of Clark credit and has no prerequisites, and is taught in English by a Clark faculty member. Students may enroll in ONE of the two courses.

Importantly, all courses relate directly to Luxembourg and/or European conditions and affairs. As part of the May Term experience, students broaden their classroom learning by participating in field trips to sites of particular interest in Luxembourg and surrounding countries. This intensive and valuable learning experience will bring together Clark students with guests from the European community.

For the May Term 2023 (May 23 – June 16, 2023), students may enroll in one of the following courses: “Exploring Identities Across Borders” or “The Science of Fermentation.” Enrolled Clark students will receive normal day-college credit (1 full unit) upon successful completion.

Being (and studying) in Luxembourg for us Clarkies during the May Term is a unique opportunity to explore where we are, and how those who live here make sense of their identities. For us, being stationed for four weeks in Remich, on the Moselle-River that divides Luxembourg and Germany, exploring the identity of those who live here implies traversing (i) their particular local communities (villages and small towns), (ii) something they call ‘region,’ (iii) their nation state identities (Luxembourg and Germany), and (iv) being ‘European’ (e.g., having a Schengen passport). It also means that people speak varieties of dialects and national languages, and that the languages and dialects they use to communicate with each other create commonalities and differences among and between them. In addition, people on both sides of the river share their own stories of what they consider their past – i.e., their histories. In brief, where people grow up, the language they share, their histories and practices, and the views they share with others create a sense of belonging, but also a sense of being different. Exploring identities of the people on both sides of the river provides us as students the opportunity to move from tourists to becoming ethnographers, i.e., learning about history/histories, language/languages, and the daily practices people share (or do not share), by talking with them. Thus, we will spend a lot of time with them, sharing meals, telling stories, but mainly listening. One important outcome of this ‘listening-practice’ will be, at the end of the term, that we as students will be able to reflect back on our own identity – where and how we grew up (as Americans), the language we speak, the stories and histories we share, and how in and through our own stories and practices we include some but not others – in sum, develop a more reflective sense of self.- – – In terms of how we spend our days over the four weeks at the CEFOS Centre in Remich, we will have morning classes, afternoon readings and watching lectures, and do a lot of travel = up-and-down the river, meeting people, listening and talking to them – exploring who they are – with a focus on their intersecting local (community), regional, national, and trans-national identities as Europeans and global citizens. By the end of our course we will be able to reflect on how we have moved from coming to Europe as tourists to reflective ‘ethnographers.’

This course has been designed to take full advantage of Western Europe’s rich history and tradition of preserving food and beverages through fermentation. The course will start by covering some general aspects about the fermentation process and then will focus on the interaction of microorganisms and biomacromolecules with different substrates to generate a wide variety of non-perishable foods, beverages, and biomedically relevant substances. The class has a laboratory component where the students will make and characterize a wide variety of fermentation products, such as cheese, yogurt, beer, and vegetables (like sauerkraut and kimchi). In accordance with University policy, students will not consume alcoholic fermented derivatives produced in class, and will not be tasting/consuming any alcohol on field trips to breweries and vineyards. Through the lectures, laboratory experiments, and field trips, students will learn the basic principles of experimental design, the importance and need of controlling experimental parameters, rules of proportion and scaling (disguised stoichiometry) and basic chemical concepts such as the difference between a physical mixture and a chemical reaction, solubility, acidity, density, and gas laws. The course will also cover topics such as the development of fat-free, lactose-free, and low-calorie alternatives as examples of how public demands can affect scientific developments and how commercial research studies are structured, funded, and regulated. Field trips are planned within Luxembourg and to Belgium, France, and Germany.

This course has no prerequisites and fulfills the Science Perspective.

May Term News and Updates

The Luxembourg Program will host two information meetings during the Fall semester for the May Term 2023:

Join us to hear more information about the program, see photos, meet the professors, and hear from previous May Term students.

Individual meetings are available at any time during the semester. Contact our office to set up a time to meet.

The application deadline for the May Term is January 31, 2023.

Applications can be submitted online. 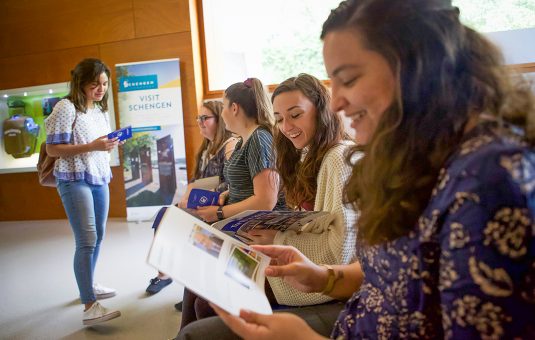 The Leir Luxembourg Program strives to make the May Term experience possible for all Clark students. Admission to the May Term is only open to Clark students who are in good academic and social standing. Find out more about how you can apply to be a part of this intensive, one-of-a-kind academic and cultural experience and how to apply for our numerous scholarships and additional financial support. 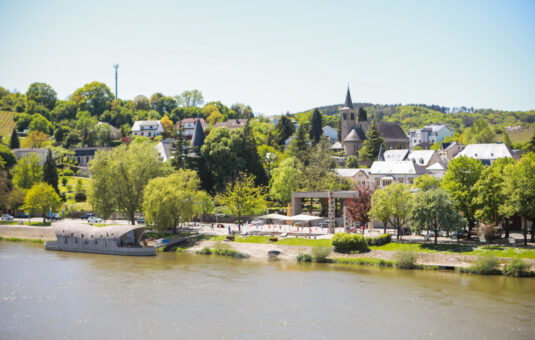 The May Term is a residential study abroad experience based in Remich, Luxembourg. This scenic and peaceful setting is ideal for a rigorous academic experience, while its central location at the heart of Europe provides an opportunity for field trips as well as personal travel. 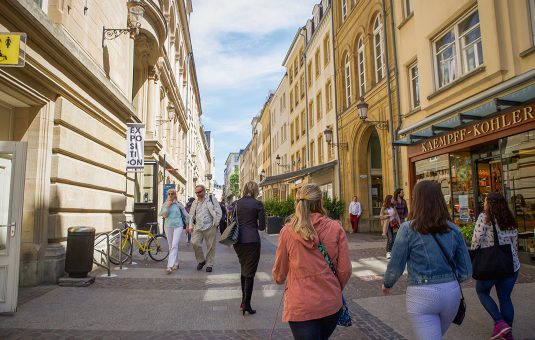 The Leir Luxembourg Program strives to make the May Term experience possible for all Clark students. Health and safety are our highest concerns, and it’s our goal to make sure students have a safe and rewarding experience. Learn more about staying well abroad, and Clark’s academic and social support services. 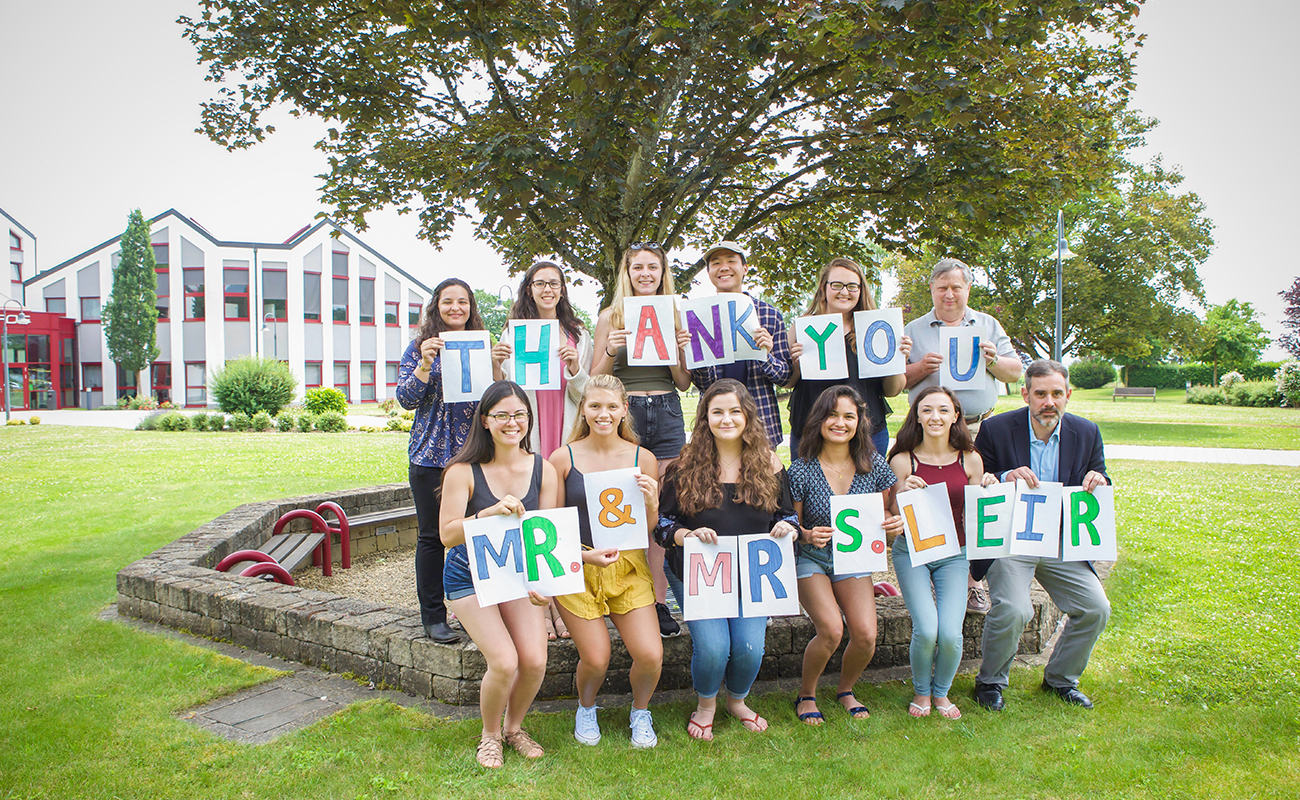 A reunion will be held at Clark University in the fall. All participants will be contacted in due time. 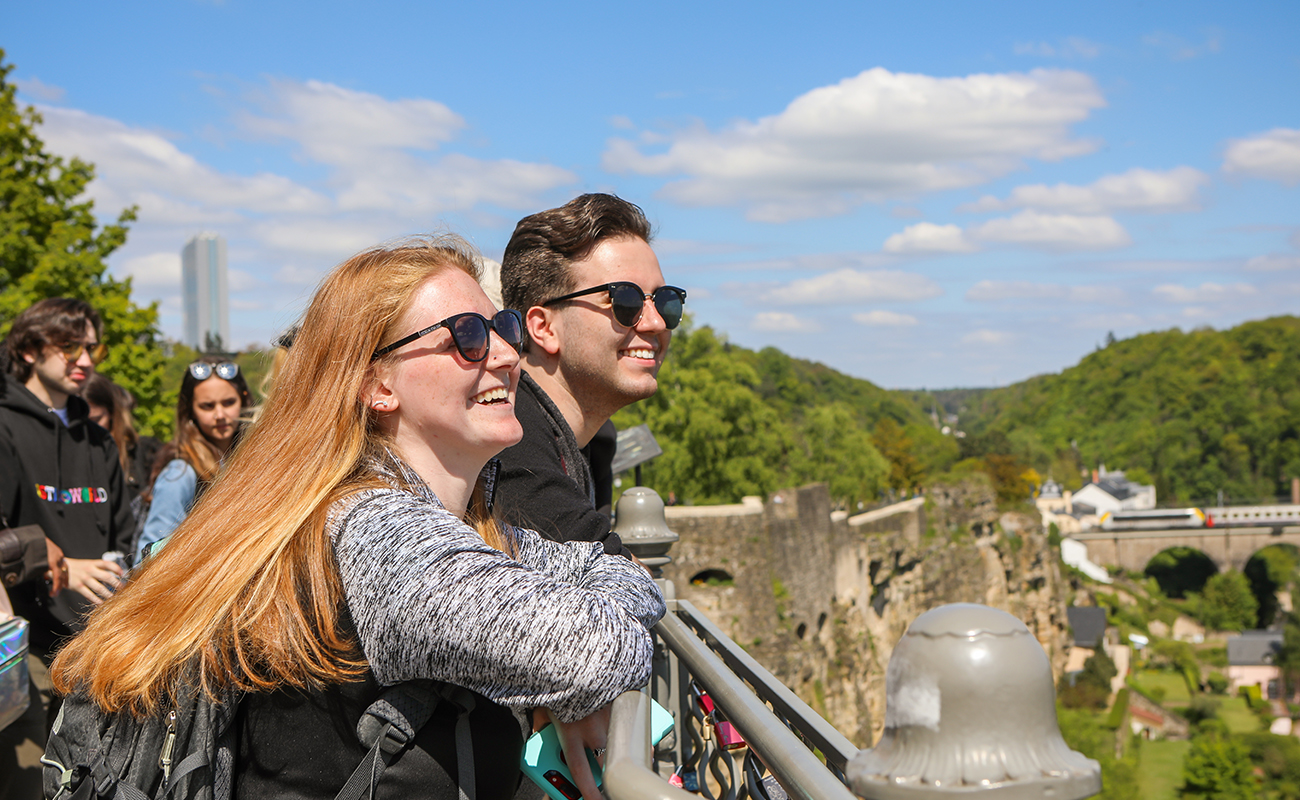 The application deadline for the May Term is January 31, 2023