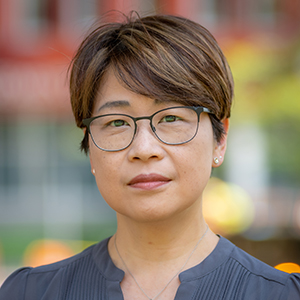 Associate Provost and Dean of the College

Betsy Huang is associate provost and dean of the college, the Andrea B. and Peter D. Klein ’64 Distinguished Professor, and associate professor of English at Clark University. She was Clark’s inaugural chief officer of diversity and inclusion from 2013 to 2016, and also served as director of the Center for Gender, Race, and Area Studies from 2017 to 2019. As dean of the college, she is responsible for the development and implementation of undergraduate academic programs and policies toward ensuring the quality of Clark’s signature LEEP educational experience.

Huang first came to Clark in 2003 when she joined the English Department as its first specialist in American multiethnic literature. She teaches and researches in the overlapping spheres of ethnic American and Asian American literature, science fiction, genre theory, and critical race and ethnic studies. As a faculty member, her teaching was always focused on literatures on the margins: narratives of and by people living in spaces of cultural and historical invisibility. As dean, she follows the same lodestar of educational excellence for all: that all Clark students, no matter their background, receive the strongest education and preparation for the world beyond.

Dean Huang has published three books — a monograph, “Contesting Genres in Contemporary Asian American Fiction” (2010), and two co-edited essay collections: “Techno-Orientalism: Imagining Asia in Speculative Fiction, History, and Media” (2015) and “Diversity and Inclusion in Higher Education and Societal Contexts” (2018). Her work has appeared in The Cambridge Companion to Asian American Literature, Journal of Asian American Studies, and MELUS, among others. She is currently co-editing a volume in a new series commissioned by Cambridge University Press, “Asian American Literature in Transition,” forthcoming in 2020. When she is not deaning and researching, she is traveling, playing board games with her family, reading too much science fiction, and preparing for robot takeovers. 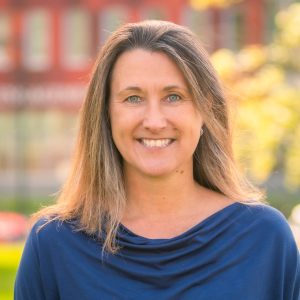 I assist the institution in determining data collection needs and making recommendations for programs that support student success and retention. I collaborate with campus partners to support curricular and advising initiatives. 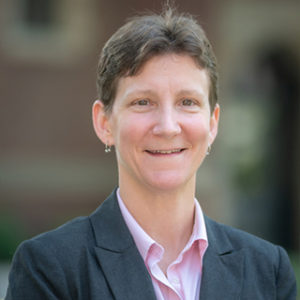 Jennifer Plante has been working at Clark since 2000, and has been the director of the Writing Center and Writing Program since 2006. She has taught a variety of courses, including Expository Writing, Queer Horror, Writing: The Beats (a course that studies texts from Beat Generation writers), and has taught continuing education courses in both literature and film.

Plante comes to this position with a lengthy history in the Worcester area. She graduated from Worcester Polytechnic Institute with a degree in humanities; after working as a technical writer in the area, Jennifer decided to pursue a graduate degree in English from Clark University.

Dean of the College