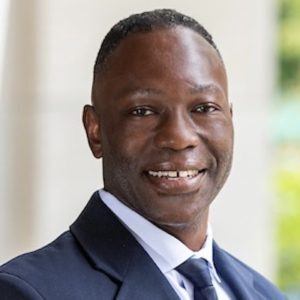 Clark’s official observance of Constitution Day will feature a lecture by Guy-Uriel E. Charles, the Charles J. Ogletree Jr. Professor of Law at Harvard Law School, where he also directs the Charles Hamilton Institute for Race and Justice.  Charles writes about how law mediates political power and addresses racial subordination.

At Harvard, Charles teaches courses on civil procedure; election law; constitutional law; race and law; critical race theory; legislation and statutory interpretation; law, economics, and politics; and law, identity, and politics. He is a member of the American Academy of Arts and Sciences and the American Law Institute., and was appointed by President Joseph Biden to the Presidential Commission on the Supreme Court of the United States.

Charles is currently working on a book on the past and future of voting rights, which argues that the race-based model that underlies the Voting Rights Act has run its course and that the best way to protect against racial discrimination in voting is through a universal, positive rights model of political participation.  Before joining Harvard, he taught at Duke Law School and at the University of Minnesota Law School. He is a past member of the National Research Commission on Elections and Voting and the Century Foundation Working Group on Election Reform.

Free and open to the public; refreshments will be served.

This event is co-sponsored by the Office of the Provost, the Law and Society Program,  Pre-Law Advising, and the Political Science Department.