Welcome to Language, Literature, and Culture

In our small, close-knit department, you will not only master a language through proficiency in speaking and writing, but also increase your appreciation and critical analysis of the cultures that share that language — literacies that are more important than ever in our increasingly global society. 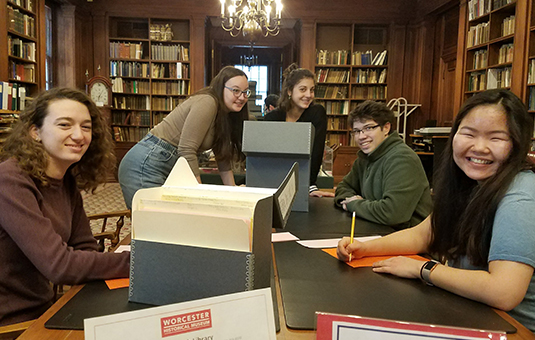 We offer majors in ancient civilization, combined languages, comparative literature, French and Francophone studies, and Spanish, with minors in most programs; a minor or self-designed major in German studies; and a concentration in Jewish studies. We also offer honors programs for advanced study and research. 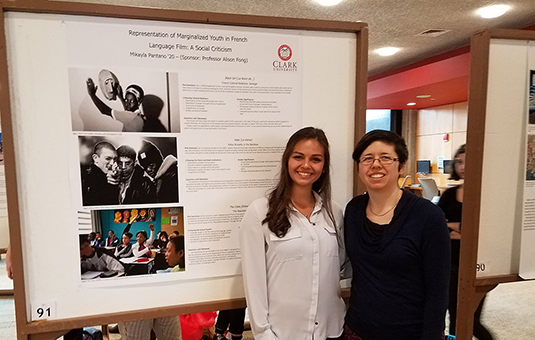 As an undergraduate in our department, you may conduct research independently or with faculty. You may present your research at Clark’s Academic Spree Day and Fall Fest, annual showcases of student work. 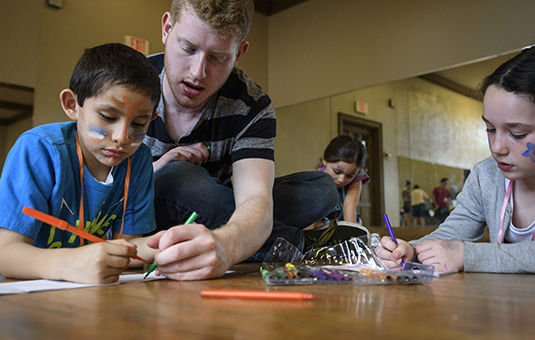 With a degree from the Language, Literature, and Culture Department, you may pursue graduate school or work in education, government, nonprofits, the arts, and more — across the country and around the world.

Faces and Places of Language, Literature, and Culture 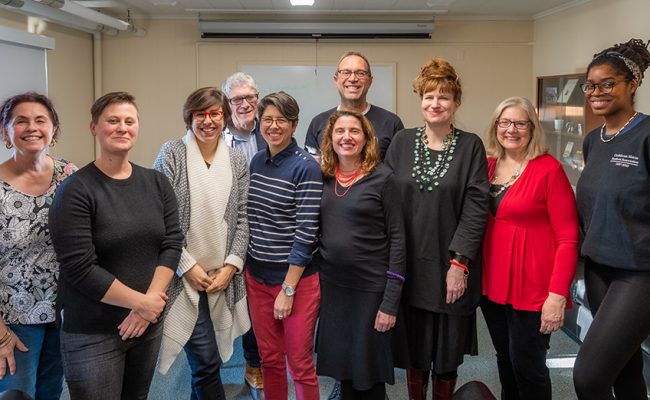 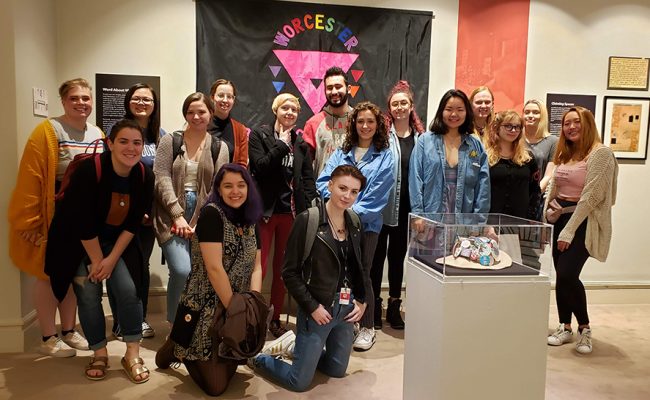 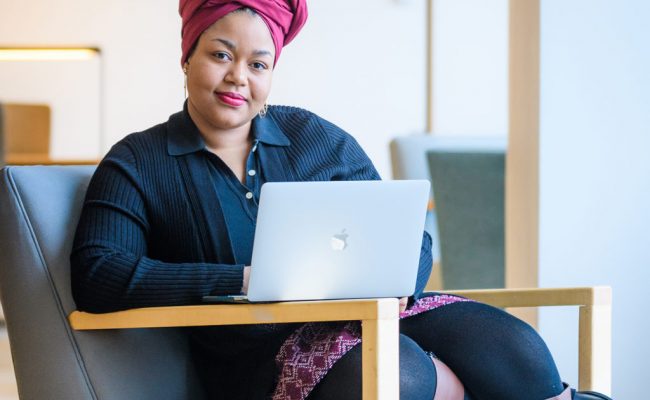 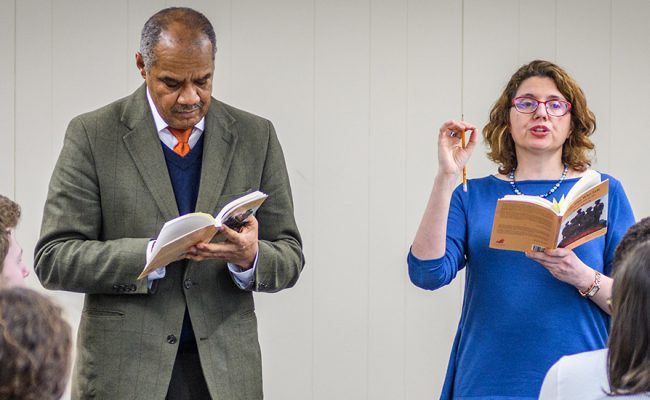 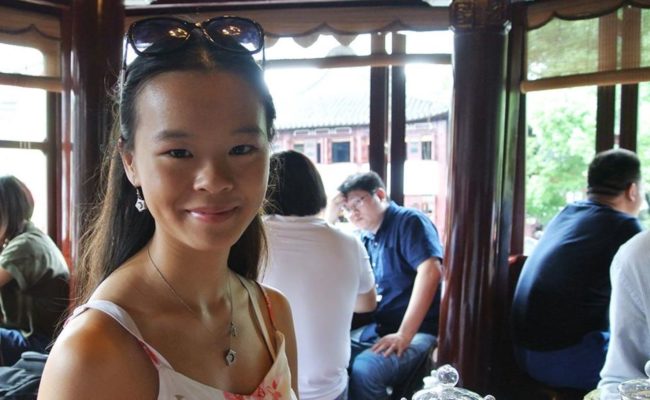 Etta Scott-Smith '18, a management major and Asian studies minor, studied abroad in China. Adopted by Americans, she sought to return to the country of her birth to learn more. 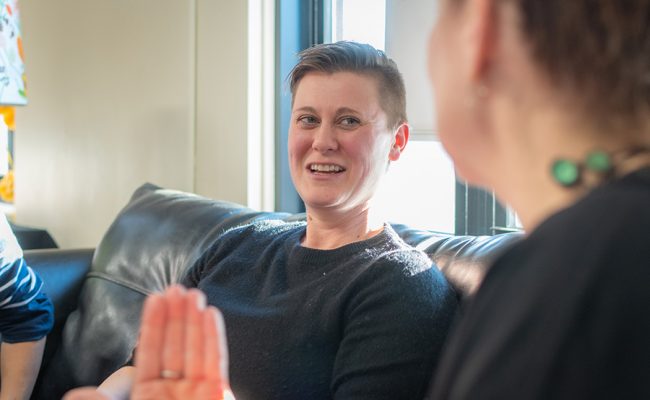 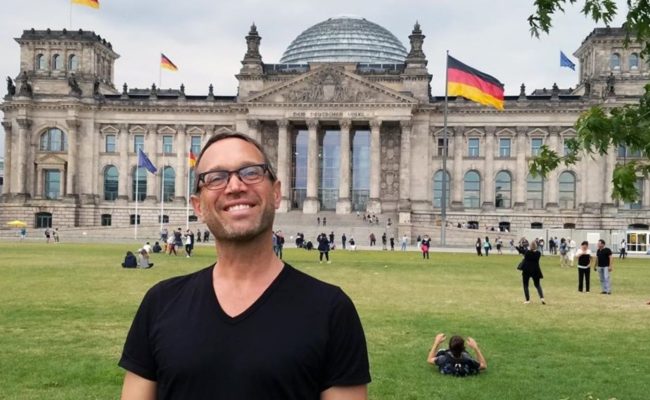 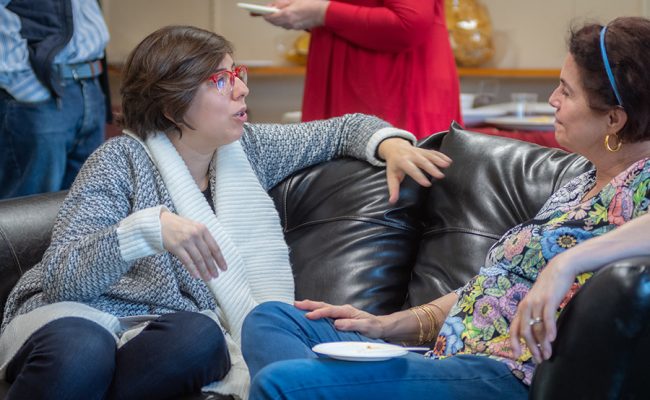 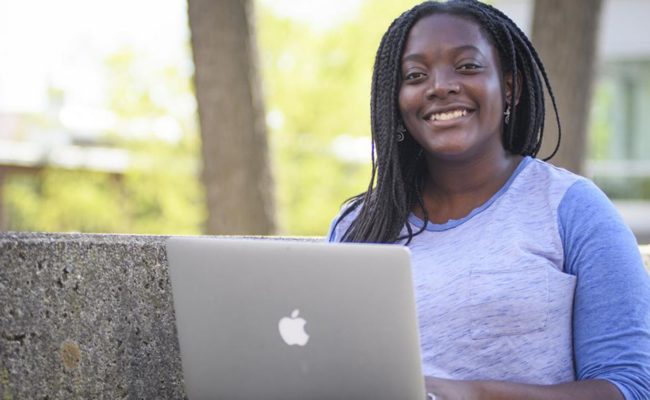 Lisa Musumba '19 majored in media, culture and the arts and minored in English and Spanish. She worked with Spanish-speaking children in Worcester through our Herencia y Cultura Hispánicas program. 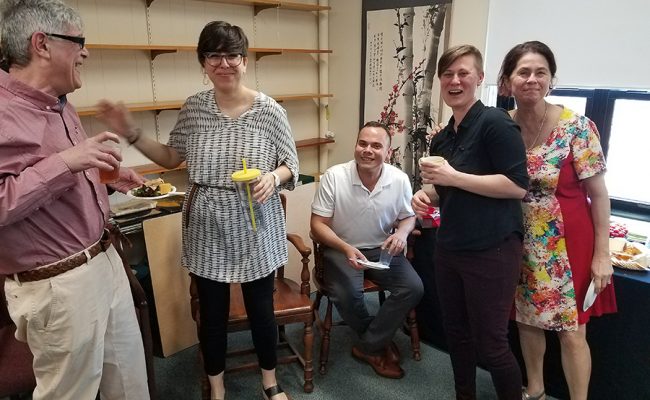 Faculty and staff in Language, Literature, and Culture celebrate at a department party. 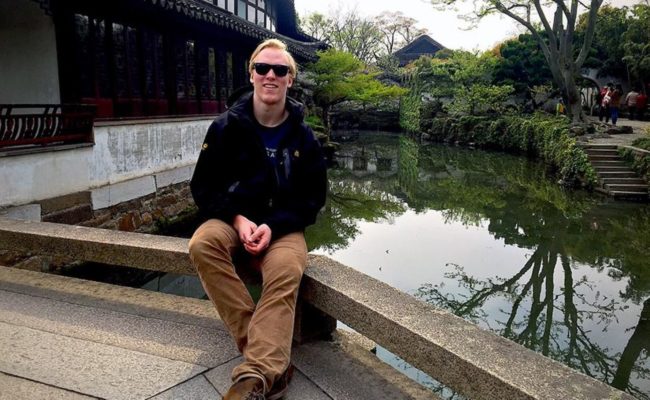 Thomas Hutto ’18 received an award from the U.S. Department of State Critical Language Scholarship to study Chinese at National Cheng Kung University in Taiwan. While at Clark, Hutto, an economics major, took Chinese language courses and studied in China with the help of a Gilman Scholarship and a Boren Scholarship. 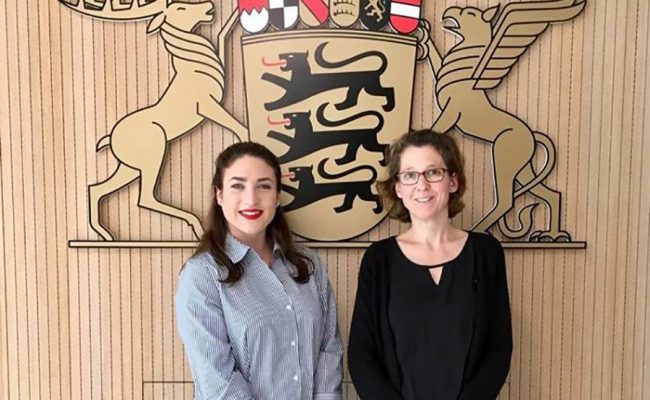 Lizzie Lloyd ’19, left, and Green Representative Jutta Niemann. Lloyd double-majored in German studies (student-designed) and international development and social change, with a concentration in environment and sustainability. She won a competitive Émigré Memorial German Internship Fellowship to intern with state parliaments in Germany. 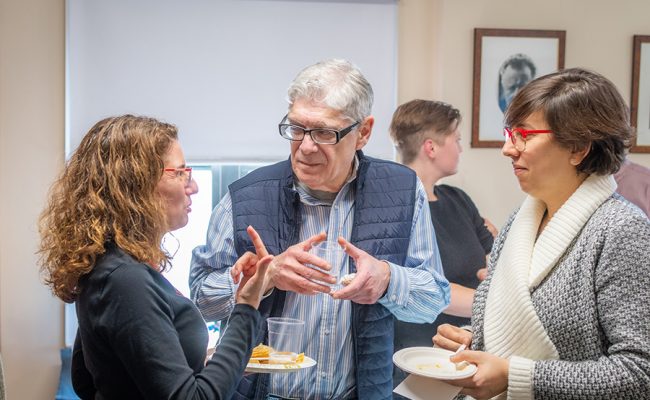 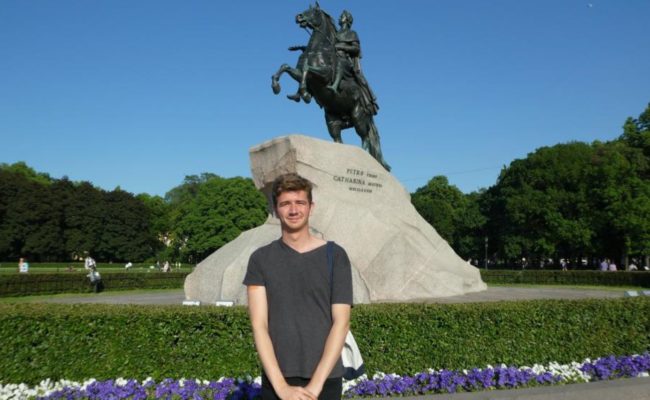 Aviv Hilbig-Bokaer '17, a double major in comparative literature and international development and social change, traveled and studied across Russia on the Trans-Siberian Railway. 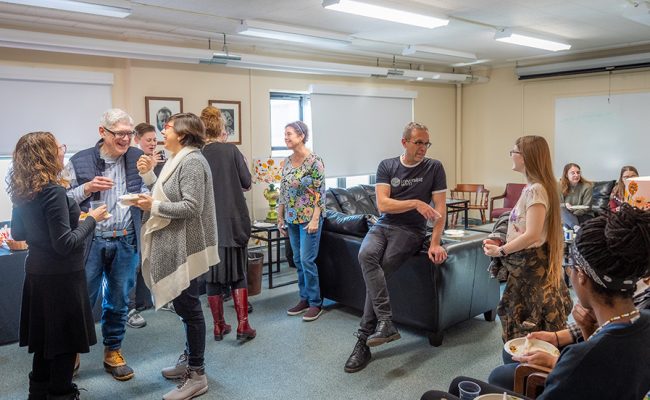 Faculty, students, and staff in Language, Literature, and Culture celebrate the end of the semester at a holiday party. 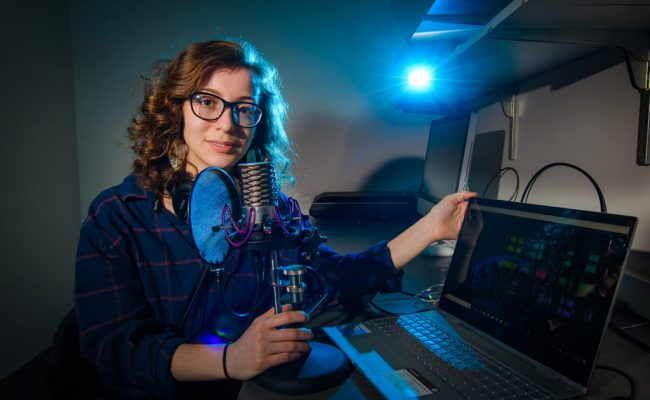 For her honors thesis, Liza French ’19 developed a podcast, examining names and the effect they have on our lives. French majored in in media, culture, and the arts, and Spanish. 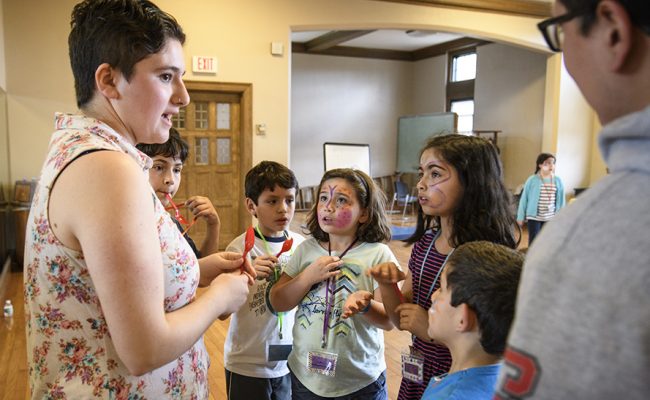 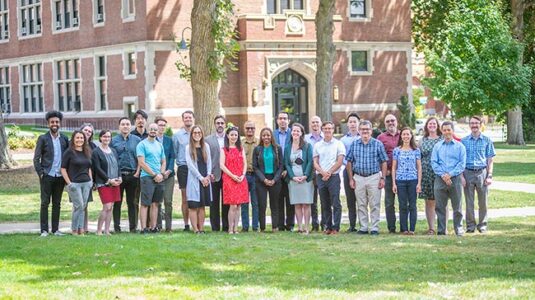 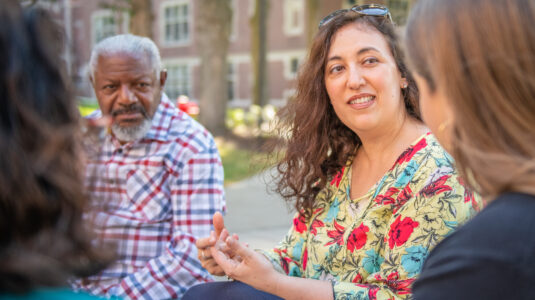 ‘Poetry is proof of the humanity we all share’ 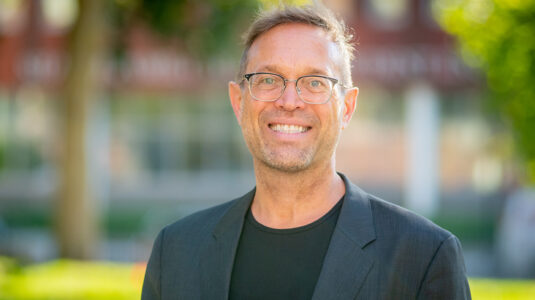 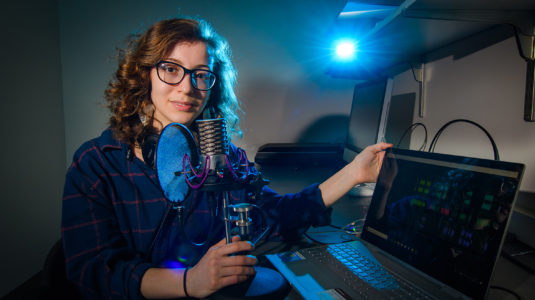 What’s in a name?

There are currently no upcoming events scheduled, please check back at a later date.