Jody Emel has been awarded the Cultural and Political Ecology Specialty Group’s Distinguished Career Award for 2021. 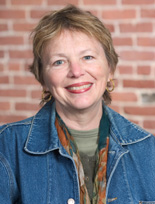 Jody Emel has been awarded the Cultural and Political Ecology Specialty Group’s Distinguished Career Award for 2021. The award recognizes scholars for a significant and substantial body of interdisciplinary work with a demonstrable impact on cultural and/or political ecology. The nomination letter, signed by a large number of Jody’s former students as well as other leading scholars in the field, details Jody’s foundational and defining contributions to the fields of critical resource geographies, particularly with respect to water governance; animal geographies; and political ecologies of extractive industries. It notes Jody’s wide-ranging theoretical engagements and commitment to pragmatic understanding and moral significance over dogmatic purity. The letter also emphasizes Jody’s exceptional and exemplary record as a “fundamentally generous” advisor and mentor:  many of her students have gone on to become leading scholars in the discipline themselves, while she was also profoundly helpful and influential for many students in addition to her own advisees. Reviewing her records of scholarship and advising together supports the nomination’s conclusion that Jody’s work has remade nature-society geography for the better in enduring ways. It also makes abundantly clear how absolutely central Jody has been to building and shaping the Graduate School of Geography’s reputation as a leading site of scholarship in political ecology, feminist geography, and political economy over the past several decades.